A Turkish folk song was performed by schoolchildren as they marked Battle of Gallipoli commemorations at a North London school. 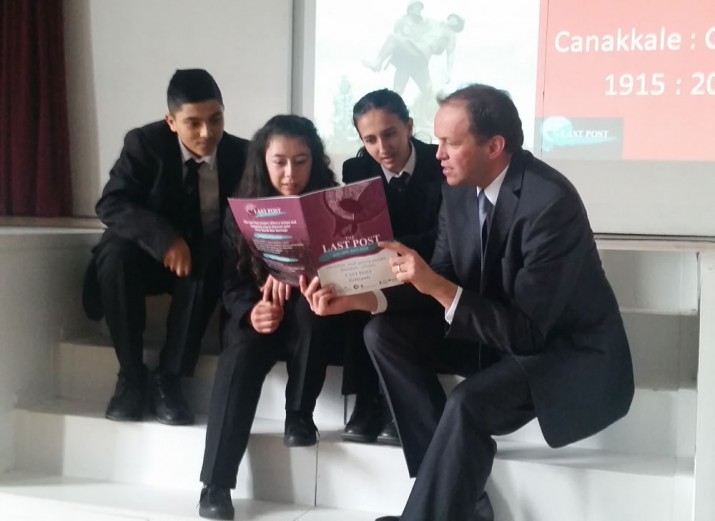 A Turkish folk song was performed by schoolchildren as they marked Battle of Gallipoli commemorations at a North London school.

David Burrowes, the Enfield Southgate MP, with some of the schoolchildren

Students gave a presentation of their visits to war graves and the Imperial War museum, with four short films shown that illustrated the impact of Gallipoli on those who fought in it.

There was also a performance of Çanakkale türküsü, a folksong named after the nearby city of Çanakkale that tells the story of the battle.

“I was pleased to attend the student’s commemoration of Gallipoli,” Mr Burrowes said.

“It was very meaningful to hear Çanakkale Türküsü sung so beautifully, and it was important for young people to appreciate the cost of war for all sides and learn lessons of history to prevent future conflicts.”

The event was organised by the ‘Last Post’ organisation. At least half a million people died on both sides during the Gallipoli Campaign, fought between April 1915 and January 1916. It began when British, Australian and New Zealand forces attempted to open a sea route through the Ottoman Empire to their Russian allies. Their campaign ended in failure.