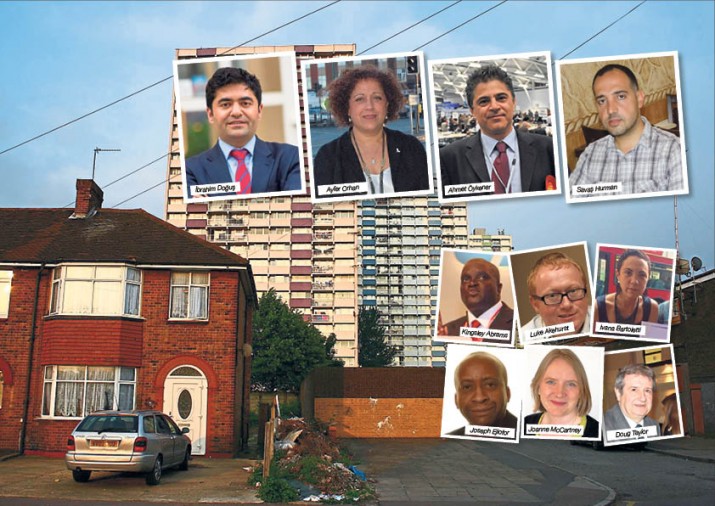 It comes after Andy Love suddenly announced earlier this month he was stepping down after eighteen years representing his constituency, which he held with a majority approaching 10,000 votes in 2010.

His decision triggered a scramble to secure the Labour Party nomination for a safe seat that became available with a little three months until the general election.

On Wednesday, the final day for applications, Labour sources said that “as many as seventy” members had made a bid to the party’s National Executive Committee to be considered for the shortlist of around six nominees. Some have speculated the number of hopefuls could reach one hundred.

Party members living in Edmonton will ultimately vote on this shortlist to decide who they want as their nominee, with a decision expected by the end of February.

Londra Gazete has learned at least four people well-known to the Turkish-speaking communities have applied to be considered for Edmonton.

Local businessman İbrahim Doğuş, the director of the Centre for Turkey Studies, submitted his application on the first day and has been furiously canvassing party members in Edmonton.

Joining him is local businessman Savaş Hürman, who has lived in Enfield for many years and is known for the restaurants he operates in the Stoke Newington area. His wife Suna is already a Labour councillor in Enfield.

Ms Orhan has been a Labour councillor in Enfield since 1998. She was her party’s parliamentary candidate in Cambridgeshire North West in 2005 and five years later in Hemel Hempstead.

Mr Öykener was elected to Enfield Council in a 2004 by-election and rose to prominence through his housing portfolio, through which he has attempted to reform his council’s approach to London’s housing crisis.

The two are not the only Enfield cabinet members leaping at the opportunity. Rohini Simbodyal, the member for culture and sport, announced her bid on Twitter saying: “I’ve lived in Edmonton all my life & I’m proud to launch my campaign to be the Labour candidate at the election”.

But the prospect of winning a safe seat has attracted many hopeful candidates from outside Enfield: Joseph Ejiofor, councillor in neighbouring Haringey, announced his bid early on, while London Assembly member Joanne McCartney is considered a leadership favourite.