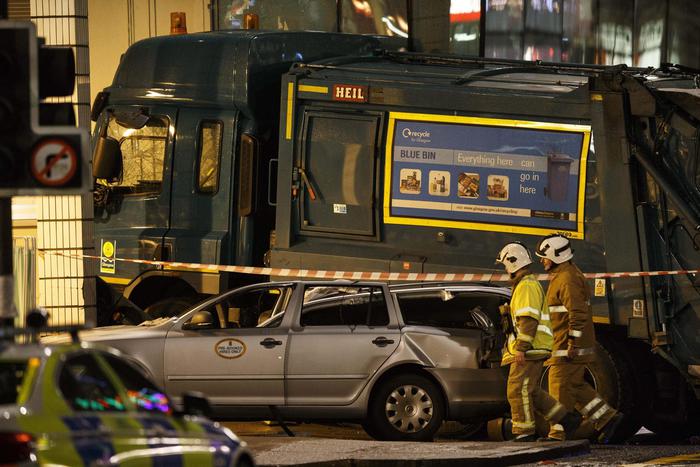 Six people have died after a bin lorry, seemingly out of control, sped through Glasgow streets packed with Christmas shoppers, knocking down pedestrians “like pinballs”.

Witnesses described bodies lying in the road after the tragedy in the centre of Scotland’s largest city which authorities were treating as a major incident.

A Police Scotland statement said: “Regarding a major road incident in George Square, Glasgow, please note that we can confirm that six people have been fatally injured as a result.”

Witness Melanie Greg said the lorry travelled 150 yards along the pavement before crashing in George Square.

She told Sky News: “The bin lorry just lost control. It went along the pavement, knocking everyone like pinballs.

“There was a baby in a buggy, and it just continued knocking people down until it ended up in the building. Quite horrific, very scary.

“The only way it stopped was hitting the building.

She added: “There was noise, bangs, screams and everything. It was just horrific.”

Superintendent Stewart Carle said the lorry hit several pedestrians as it careered along the road.

He said: “It’s difficult for all the emergency services but particularly for those people who have been in Glasgow today shopping and getting ready for Christmas.

“There will be a lot of distressed people and certainly the city will need to come round those people that have been traumatised by the incident.”

Mr Carle said that at “about 2.30pm a Glasgow City Council bin lorry was travelling north on Queen Street outside the Gallery of Modern Art when it was in a collision with a pedestrian”.

“The bin lorry then has continued north on Queen Street, it would appear to have gone up on the footway and there have been a number of other pedestrians it has collided with.”

Free parking in Haringey this weekend