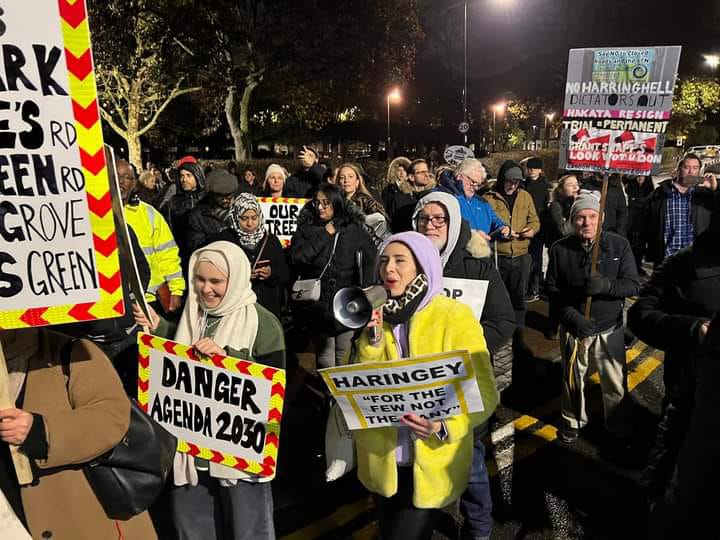 ON Monday night (November 21) residents of north London protested against LTNs in Harginey. They marched from Downhill’s Park Cafe, and ended in the Wood Green outside of the Decorum Salon where Haringey Council was set to hold a full council meeting which was cancelled.

Speaking to the London Gazete, the participants said that about a hundreds of people participated in the action and there was great support over the last week weeks.

According to the information given by the residents who participated in the action, it was stated that the meeting was cancelled and Haringey councillors left the venue at the back of the building. Speaking to the Londra Gazete Victoria Ward said: “…Haringey council cancelled the full cabinet meeting last night. I am told it is extremely rare for this action to be taken and in the 2 hours that I stood in the cold waiting to go in and support the presentation of the Bounds Green petition against the LTN, I saw nothing that would justify it. 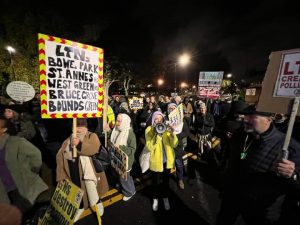 “We have video from inside and outside the venue and whilst noisy it was nothing except good-natured. The police largely stood around and ate fruit as far as I could see. There were various community leaders there, it was not in any way threatening.

“The worst that happened was some booing of Perry and Hakata for their total lack of engagement with the community on LTNs.” 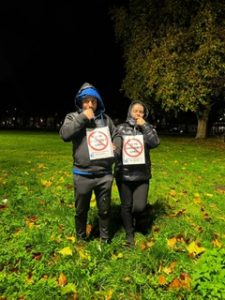 Talking about the impact of LTNs Susie Hanson, Langham Road said “As a disabled person who depends on cabs and cars to get out and home again, I’ve already had cabs saying to me –  “Nobody will come and get you once this starts”. It’s a worry. ….. No traffic in any other roads apart from the roads they’ve agreed we can ride on. All the traffic, fumes and cars all in one place. It just seems crazy!”