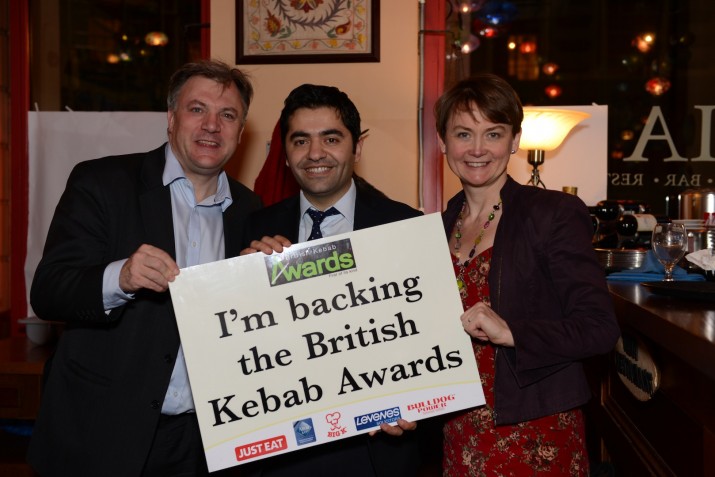 Thousands of kebab businesses across UK have been nominated by kebab eaters across the country ahead of the industry’s third annual awards.

The nominations have been made across 14 categories – including best kebab shops category specific to four regions of the UK – and people can now vote for their favourite business.

The awards ceremony hosting 1000 guests including parliamentarians, business people, and representatives of communities will be held at the glitzy Westminster.

Voting closes on 4 January 2015 before a panel of judges make the final decision and winners are revealed in the awards ceremony on the 7th January 2015.

“It is fantastic that we have this opportunity to recognise the work of businesses across the country, as well as highlight how varied the British kebab industry is, and the important contribution it makes to the economy.”

“The growing success of the awards is testament to the great cultural and economic contribution the industry has in the UK and to the takeaway industry as a whole. We are proud to once again be sponsoring the awards which will be bigger and better than ever before.

“Best of luck to all the nominees who share our passion for delivering quality food and an excellent service.”