A day to celebrate Turkish culture and heritage was hosted this week at Enfield Civic Centre. 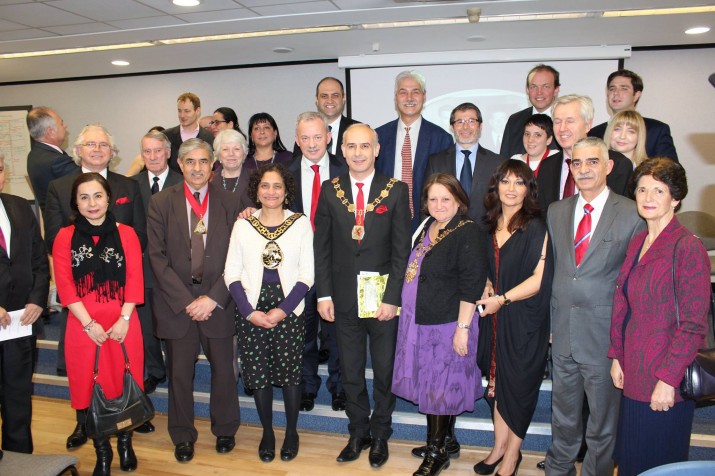 Mayors, MPs and councillors were among those attending the first Turkish Culture and Heritage day

A day to celebrate Turkish culture and heritage was hosted this week at Enfield Civic Centre. In what promises to be the first in an annual series of events, sociologist Semra Eren Nijhar and Enfield councillor Ahmet Karahasan joined forces to bring together local politicians, dignitaries and members of the public to celebrate Turkish culture. Ms Nijhar told the audience at Monday’s event that the first migration of Turks to Britain occurred when the Ottoman Empire was still in existence and that she hoped to exhibit the Turkish heritage that had formed since then. She said London is home to one of the largest concentrations of Turkish speakers among European capitals and that her project, which she has been working on for two years, would not be possible were it not for Cllr Karahasan’s contribution. All three Enfield MPs – Nick de Bois, David Burrowes and Andy Love – were present for the evening, which was also attended by Enfield Mayor Ali Bakır and Haringey’s mayor Kaushika Amin. Orçun Başaran, the Turkish embassy attaché, and Turkish Cypriot representative Oya Tuncalı were also there. Ms Nijhar also read out a message from Boris Johnson, the mayor of London, who was unable to attend but said he was proud to be supporting the day as “one of the grandsons of this heritage”. An archive of photographs was exhibited during the event at Enfield Civic Centre, which also saw live classical and modern Turkish music performed, alongside poetry readings.

The North Cyprus representative in London, Oya Tuncalı, was among those who spoke at the event

‘No IS leaders passed through Turkey’