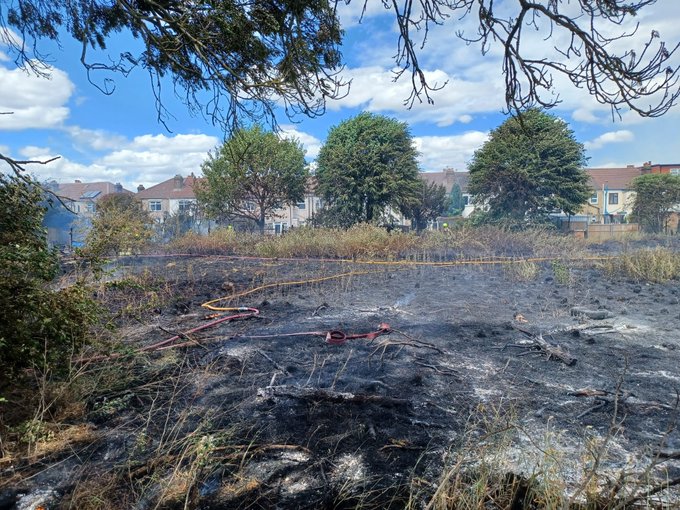 News In English
0
0
A+
A-
A Level Three heatwave alert has been issued for all of England as Londoners were warned to brace for further grass fires this week.

In a statement on Monday, the UK Health Security Agency (HSA) said that a level three alert would be in place from midday Tuesday to 6pm on Saturday August 13 and apply to all regions of England.

Last month, a Level Four alert was issued as temperatures soared to a record 41C in parts of the country.

Dr Agostinho Sousa, the head of extreme events and health protection at the HSA, said: “We want everyone to enjoy the warm weather safely when it arrives but remember that heat can have a fast impact on health.

“It’s important to ensure that people who are more vulnerable – elderly people who live alone and people with underlying health conditions – are prepared for coping during the hot weather.

“The most important advice is to ensure they stay hydrated, keep cool and take steps to prevent their homes from overheating.”

Londoners are being warned of how quickly grass fires can develop into a “ferocious blaze” as the capital enters another heatwave amid drought-like conditions.

Hot temperatures over the weekend caused a number of large blazes to break out across east and west London, forcing 70 people to evacuate their homes.

Firefighters’ hard work to contain a large blaze in Felthamand saved around 30 properties on Hereford Road. Meanwhile firefighters tackled a grass fire in Newbury Park where around 15 hectares of farmland was badly damaged.

The dry heat is forecast to continue, with a high of 32C expected on Saturday, leaving scorched grasslands vulnerable to fire.

London Fire Brigade is urging people to familiarise themselves with the dangers of grass fires and how to prevent them.

Grass fires often move quickly and can be unpredicatable. They most commonly start from cigarettes and barbeques.

People are advised not to drop cigarette butts out of car windows, or have barbeques in parks or on balconies. Having a bucket of water handy and keeping an eye on the barbeque at all times is advised.

“Many roads are banked by or near to grassland, and these can be easily set on fire by a cigarette when dried out,” the brigade warned.

“Disposable barbecues can cause fires when smouldering ash and embers are carried by the wind onto areas of dry grass.

“Disposable barbecues that have been discarded and abandoned can still end up causing a fire as they will continue to retain heat after use – they need to be put right out and cooled before being thrown away.”

Discarded glass bottles can also start a grass fire by magnifying the sun.

Greater London had an average of 3.6mm of rain in July, which is eight per cent of the month’s average, according to provisional Met Office figures.

Hosepipe bans have been introduced in several parts of England and Wales following the driest July since 1911.

The lack of rain has caused water levels to fall below average in London, prompting Thames Water to urge its its 15 million customers to conserve supplies.

There currently is not a hosepipe ban in London.