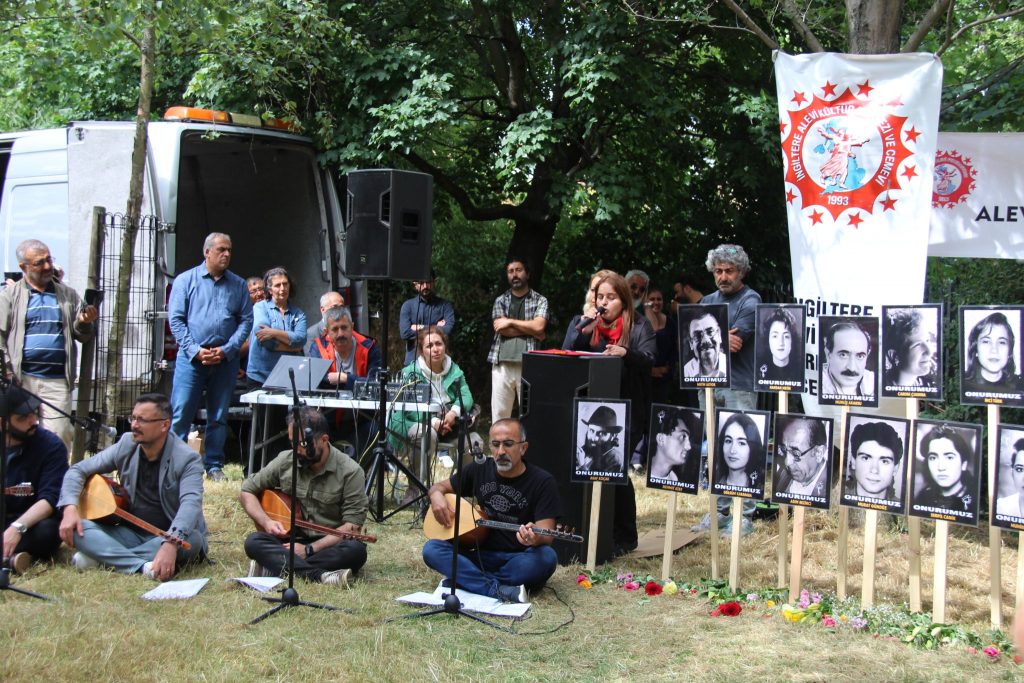 COMMEMORATING the 29th Anniversary of the Sivas Massacre in London, on Saturday 2 July community organisations representatives and community members came together the Madımak Memorial in Stoke Newington. At the ceremony, carnations were left around the monument where photographs of those who lost their lives during the massacre were placed. In the speeches, a common opinion was advocated that the Madimak Massacre was carryout with the organization of the state. Throughout the commemoration, slogans were chanted. After the speeches, young students played the instrument and recited the remembrance program.