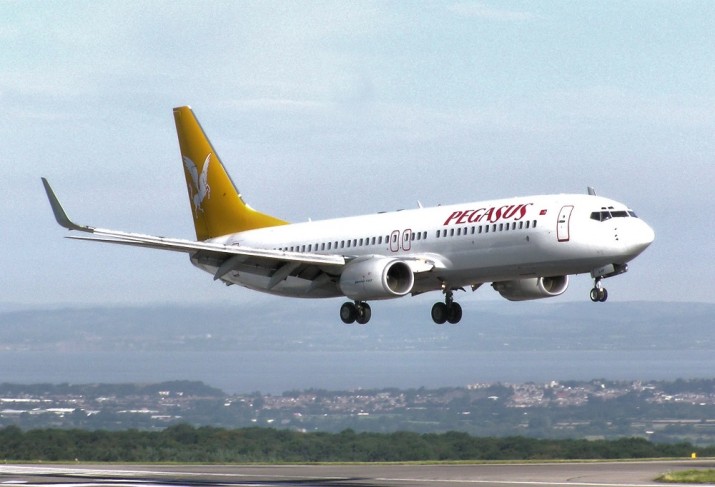 The Phileleftheros newspaper said the Istanbul-based airline was able to fly more passengers than any other because the European Union does not enforce rules on flights to the Turkish Cypriot north of the island, which is not recognised by the international community.

Flight data compiled by the newspaper, the largest in the south of the island, found that Pegasus carried 15% of all passengers flying to and from Cyprus in the first nine months of 2014.

The Turkish flag carrier Turkish Airlines carried 8% of all passengers in the same period while Cyprus Airways, the flag carrier for the Greek-led Republic of Cyprus that serves destinations in the island’s south, carried 9%.

There are three major airports in Cyprus: Larnaca and Paphos in the south and Ercan in the Turkish Republic of Northern Cyprus. Larnaca is by far the largest of the three but arrivals and departures in Ercan Airport have, by certain measures, overtaken those at Paphos.

Pegasus’s position comes despite direct flights not being permitted between North Cyprus and any other country apart from Turkey.

Many travellers are known to cross into North Cyprus from the south to take advantage of cheap flights to Istanbul, from where connections are available to many European destinations.

But Phileleftheros said if the European Union “took the measures provided for illegal flights [and the] operation of an illegal airport” in the north of the island, Cyprus Airways’s market share would increase.

In a separate article published on Wednesday the newspaper warned of the risks of travelling through Tymbou, the Greek name for Ercan.

Citing the Mediterranean Flight Safety Foundation, which monitors airline safety, it warned users of Ercan that they were putting their personal safety at risk, “since it is not possible to determine whether the airport meets key international safety standards”.