The race to become North Cyprus’s next president will be a four-way affair after Derviş Eroğlu threw his hat into the ring. 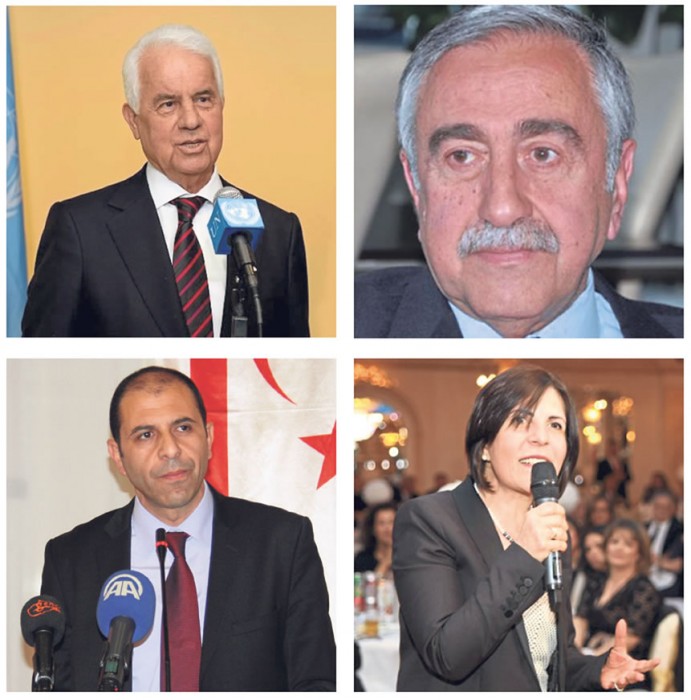 The race to become North Cyprus’s next president will be a four-way affair after Derviş Eroğlu threw his hat into the ring.

Mr Eroğlu, the current president, ended months of speculation by confirming this week he would run for re-election. He joins a crowded list of candidates that includes a former Cypriot peace negotiator and a former deputy prime minister.

In a boost to his bid, 76-year-old Mr Eroğlu’s candidacy will be supported not just by the main opposition National Unity Party (UBP) of which he was previously a member, but also by the Democrat Party, the UBP’s rival on the centre-right.

His chief rival is expected to be Sibel Siber, the speaker of the Turkish Cypriot parliament who is the candidate for the governing Republican Turkish Party (CTP).

Ms Siber, 54, gained widespread public attention in the summer of 2013, when multiple parties nominated her to be caretaker prime minister ahead of parliamentary elections in July. She is already the first woman to have held senior roles in government and would become the first Turkish Cypriot president if she wins.

Another prominent candidate will be Kudret Özersay, the former chief negotiator in peace talks with the Greek Cypriots.

Mr Özersay, 41, is the youngest candidate to declare. He was removed his role as chief negotiator in October, shortly after announcing his intention to stand.

The fourth mainstream candidate to run for president is Mustafa Akıncı, the former leader of the smaller Communal Liberation Party (TKP), who has previously served in the Turkish Cypriot cabinet as a deputy prime minister.

In Turkish Cyprus’s last presidential election in 2010, Mr Eroğlu won 50.38 per cent of the vote, defeating the incumbent Mehmet Ali Talat without needing a second round run-off.