Day-Mer: “Gezi cannot be prosecuted, the sentences given are unacceptable” 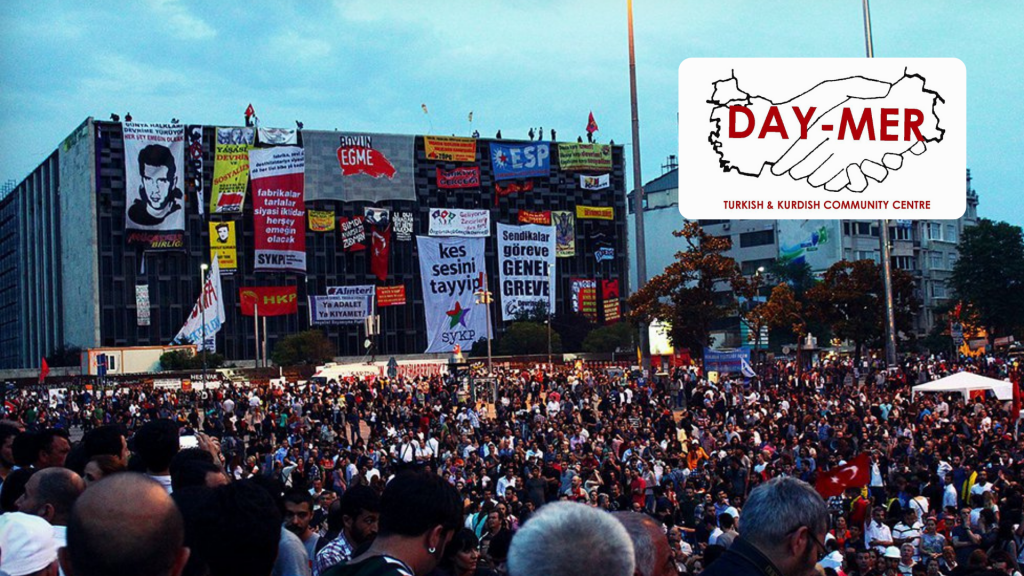 THE Turkish-Kurdish Solidarity Center Day-Mer issued a press release after the Gezi Park trial resulted in a conviction.

The statement made by Day-Mer said:  “We condemn the punishments imposed on those who participated in the Gezi resistance, which took place in 2013 and went down in Turkish history as a popular resistance, on the front lines. These punishments are proof that the Gezi resistance, in which millions of workers and labourers participated in order to defend nature, the environment, and democratic rights and freedoms, still leave a deep wound in Erdoğan and the AKP government and how they are still afraid of the united struggle of the peoples. And these sentences are once again proof that there is no independent judiciary in Turkey.

“In this process, where increasing unemployment, high cost of living, poverty, the plundering of nature and the environment, and many problems deepened, these heavy penalties given to the Gezi trial were also given to prevent the resistance and common struggle that would develop.”

Adding that European countries have failed to hold the Turkish government accountable to human rights laws  “We saw the most striking example of this in their silence against Tayyip Erdoğan, who did not implement the European Court of Human Rights (ECHR) decision to release Selahattin Demirtaş and Osman Kavala…”

Going on to say “…Day-Mer England not to remain silent against these unfair and unjust punishments, to participate in the actions to be taken, and to increase the pressure on the British government to condemn and impose sanctions, together with the local progressive groups.”