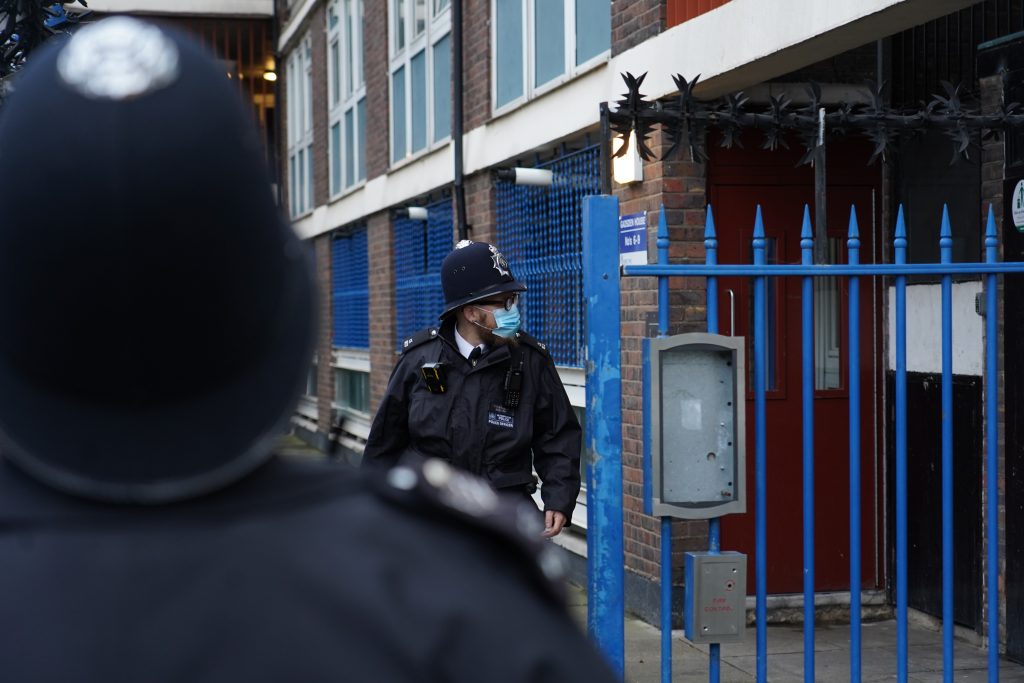 A police officer has been injured by a man wielding a machete in east London.

Emergency services were called to Skelton Road in Forest Gate at about midday on Sunday.

The Metropolitan Police force said it was believed a man was “suffering a mental health crisis” and officers remained on the scene in an attempt to engage with him.

The injured officer is being treated in hospital for a slash wound to his arm. His condition is not life-threatening.

Officers arrested the 31-year-old man on suspicion of attempted murder of the police officer.

The man had sustained a knife injury to his neck, which is believed to have been self-inflicted. First aid was administered and the man has been taken to hospital by London Ambulance Service. His condition was assessed as not life-threatening.