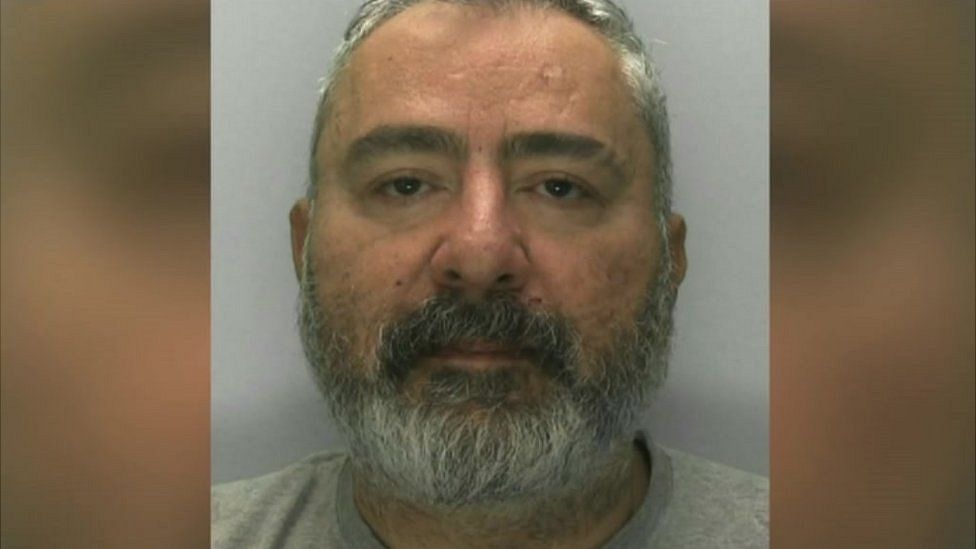 Can Arslan, who stabbed his neighbour Matthew Boorman to death, has been found guilty of murder.

Arslan, 52, attacked Matthrew Boorman a father-of-three with a knife, stabbing him 27 times on his front lawn in Walton Cardiff, Gloucestershire, in October.

His trial heard that Arslan ambushed his victim after a 12-year dispute with several neighbours over anti-social behaviour.

He had denied murder on the grounds of diminished responsibility.

Mr Boorman’s wife was also stabbed as she tried to save her husband, and one of his children saw the attack unfold from an upstairs bedroom, the trial heard.

Arslan attacked Mr Boorman as the father-of-three arrived home from work on 5 October last year, with the killing the culmination of 12 years of threats from Arslan against his neighbours.

After killing Mr Boorman, he then forced his way into the home of Peter Marsden and knifed him eight times, however he survived the attack.

Many neighbours were so worried about his behaviour that they installed CCTV cameras systems, which captured events on the day of the killings and used as evidence by police. 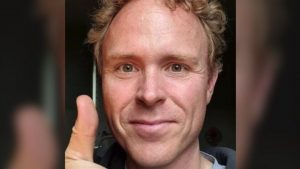 Before the trial, Arslan had already admitted the attempted murder of Mr Marsden, and causing grievous bodily harm to Mrs Boorman. He also admitted affray.

The defendant has been brought to the court from Broadmoor maximum security psychiatric hospital in Berkshire every day – accompanied by six psychiatric nurses.

Trial judge Mrs Justice Cutts said she wanted a further psychiatric report prepared on him before sentencing, and set a hearing for two months’ time. She told him: ‘I am not going to sentence you today; I am going to sentence you on June 9 when I will have an additional report on you. In the meantime you will remain in Broadmoor.’

At the time of the killing, Arslan was the subject of an injunction prohibiting him from threatening or abusing his neighbours, and had been served with a notice of eviction. Small rows over parking and a scratch to a car had escalated to the point where Arslan had repeatedly threatened to attack or kill those living near him. 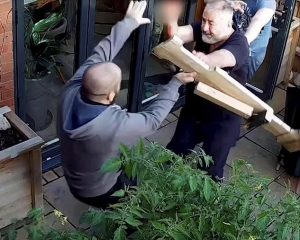 Two forensic psychiatrists agreed Arslan was not psychotic or mentally ill; however, he was diagnosed with a paranoid, unstable and antisocial personality disorder.

The prosecution argued that, although his personality was outside of what is normal, Arslan was fully in control of what he was doing and that he knew the difference between right and wrong.

Arslan’s defence team had said his personality disorder met the condition of ‘abnormality of mental function’ that would reduce the crime from murder to manslaughter.

Expert forensic psychologist Dr John Sandford told the jury he did not consider Arslan to be mentally ill and that he did not need to be in hospital.

He instead found he had a personality disorder, which he described as applying to people with ‘a personality outside of the normal range’.

Police released footage taken from the body-worn cameras of the officers who arrested Arslan.

Arslan can be seen saying: ‘He’s dead, isn’t he? I warn you, the police, one year. Look it happened. I was special forces, I warned them I was going to murder him, ha, ha, ha.’

As he was placed in a police van, Arslan said: ‘I told the police one year because he was against my son, my wife, ha, ha, ha.’