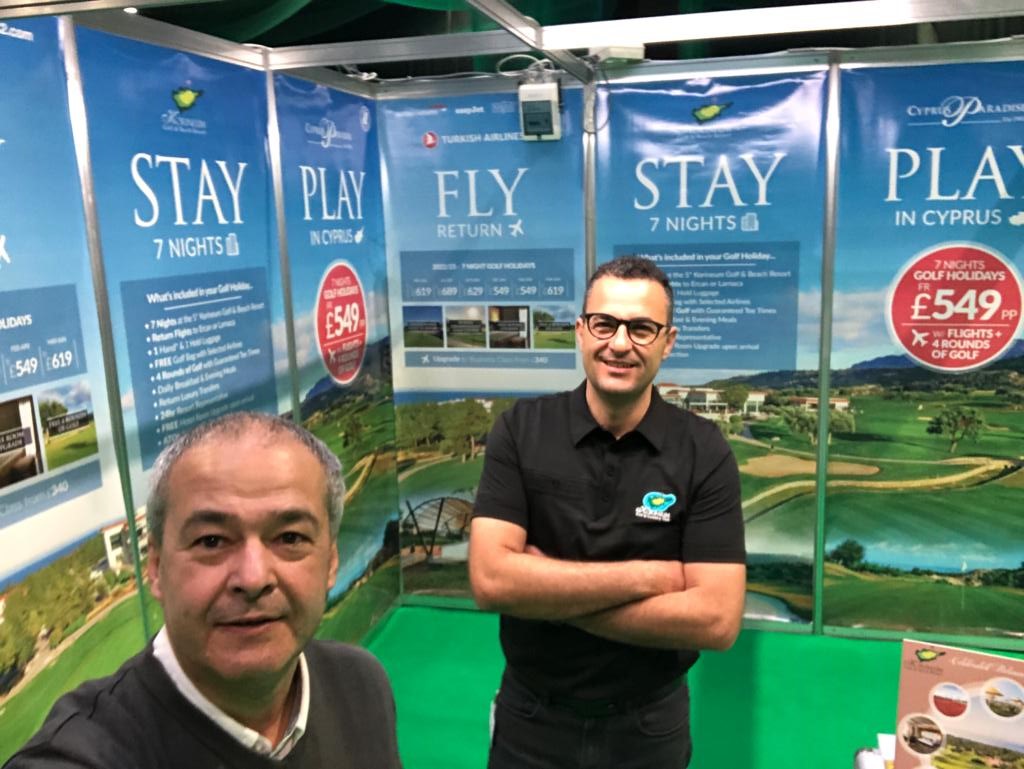 CYPRUS Paradise was once again showing cases the charm of the Turkish Republic of Northern Cyprus (TRNC) to the world, especially here in the UK.

Taking their place at Europe’s premier golf show which took place in Birmingham the 3-day event from Friday 18 ran until Sunday 21 February saw thousands of people walk through the doors.

Cyprus Paradise was joined by Korineum Golf & Country Club, to introduce the island’s most beautiful beaches, hotels and special opportunities for the fair, as well as the golf activities of the island to thousands of visitors.

Cyprus Paradise General Manager Kemal Kenan told Londra Gazete, “We are happy for the interest shown by the visitors to our stand during the fair. We introduced TRNC Golf Tourism in the 3-day Golf Fair and the interest was great. We are very pleased that there are many people who visit Korineum Golf & Country Club and play and know golf. As a result of the positive interest we received in the fair area, we introduced Northern Cyprus and gave information about the golf activities in the island.” In his statement, he stated that the fair was positive both for them and for the promotion of the TRNC.”

ASUK organized a panel on “Being a Woman in Turkey”