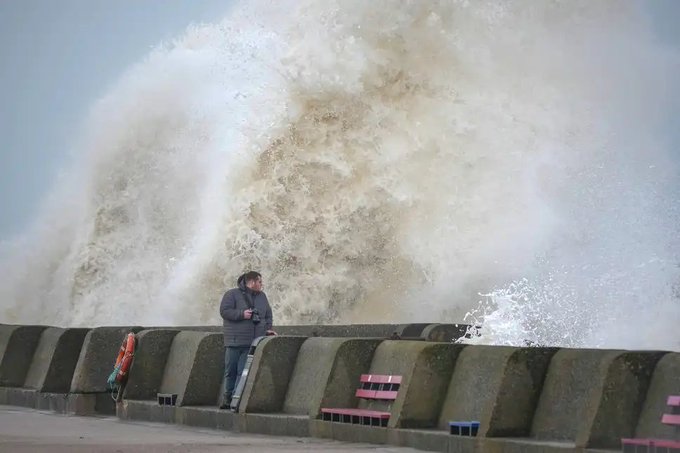 News In English
0
0
A+
A-
The Mayor of London has urged people to “stay at home” and “do not take risks” as a rare red weather warning was issued for London and the east of England ahead of the arrival of Storm Eunice on Friday.

The highest alert – meaning there is risk to life – was issued just before 4am to run from 10am until 3pm on Friday due to fears of the storm “causing significant disruption and dangerous conditions due to extremely strong winds”, the Met Office said. 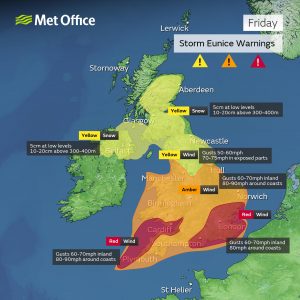 The warning announced this morning (February 18) at 4 am covers Greater London, Kent, Surrey, Essex and East Sussex and joins an earlier red weather warning starting from 7 am along the coastline of Devon, Cornwall and Somerset as well as the south coast of Wales.

Home Office minister Damian Hinds said the army was on “high readiness standby” to help if needed and urged people to “take precautions” to stay safe.

Commuters have been told to stay at home and not travel where possible. A swathe of companies urged people not to travel including LNER, Southeastern, Southern and Thameslink.

East Midlands Railway has advised its customers that trains to and from London St Pancras “may be withdrawn at short notice” due to Storm Eunice.

A National Rail statement warned that all rail networks across the UK will be affected by the storm.

The storm has closed the Royal Botanic Gardens in Kew and River Cruises are shut.

Parks at Hampstead Heath in North London will close, as will those in Hammersmith and Fulham and Victoria Park in Tower Hamlets.

Attractions including Legoland and Warwick Castle are temporarily closing.

Several schools in the south of England are set to remain closed but London’s schools remain open.

Gatwick and Stansted are advising customers to check the status of their flights with airlines, as well as allowing plenty of time to travel.

Heathrow airport said on Twitter: “High winds and poor weather may cause last-minute delays, but we will do everything in our power to minimise any disruption that results.”