Adnan Oktar’s ‘kitten’ speaks out about years of abuse 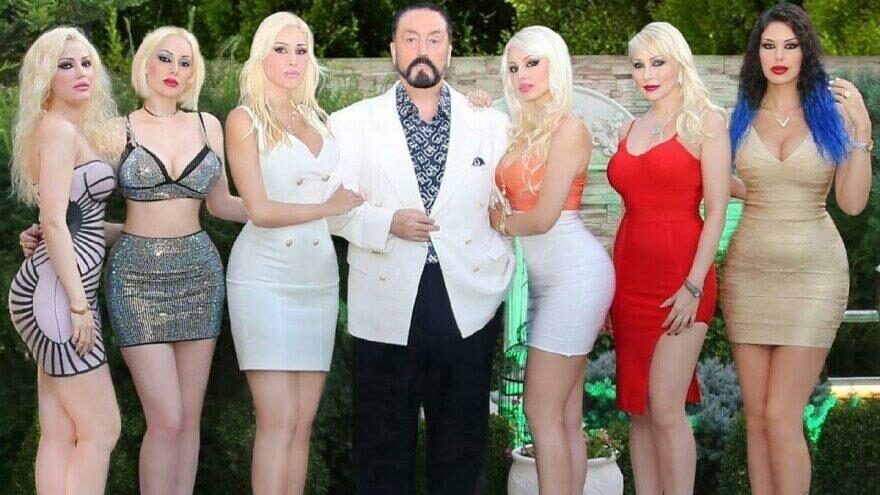 Men and women who survived living under the rule of a Turkish televangelist-turned- cult leader have opened up about the abuse they suffered – often for years – before he was finally arrested.

In January, Adnan Oktar was jailed for 1,045 years in Turkey for a series of charges including rape, child abuse, espionage and blackmail. The 64-year-old denied all of the charges, and is expected to appeal.

At the height of his notoriety, the conservative Islamic preacher frequently broadcast his sermons surrounded by scantily-clad women.

Speaking to the Sunday Times, several of the women who lived with him, whom he called ‘kittens’, and some of the men who were under his rule, known as his ‘lions’, have now opened up about the terrible abuse he put them through.

He was arrested in 2018 along with dozens of his followers in police raids on his properties in Istanbul and other cities as part of an investigation into his group.

The televangelist – who uses the pen name Harun Yahya – is also known for a series of books he has authored promoting creationism against Darwin’s theory of evolution.

One woman told the newspaper she was sexually abused by the cult leader when she was 16 and forced to get a rhinoplasty without general anaesthestic when she was 20.

She said she’s still traumatised by the operation: ‘I can still remember the hammer. I was counting how many times they were hitting the hammer and the chisel to my nose,’ she said.

Seda Isildar, revealed she joined the group aged 15 through school friends in the 1980s. Now 50, she compared the group – which didn’t have an official name – to a toxic relationship, explaining those at the top isolated her.

She revealed Oktar forced her to marry him when he was in his 30s and she was still a teenager. After eight years spent with the evangelist, Selda managed to escape and moved to Canada, where she still resides.

Another woman, Ceylan Ozgul, joined the group at the age of 24 in 2006 and became one of the groups’ most prominent members until she left and raised abuse allegations against Oktar.

She described life with the group as a ‘prison’ and added that nobody in Turkey took Oktar seriously because he liked to surround himself with scantily clad-women, but that the abuse his victims were put through was serious.

Oktar argued this was due to a misinterpretation and that women should protect their ‘inner beauty’ with their looks. He was considered tacky by the Turkish public opinion.

Ozgul said that when she was first introduced to Oktar, she liked speaking with him because he was fun and took her seriously. She helped build the group’s international reputation and secured speaking engagements for Oktar with prestigious organisations, including University College London.

However, as time went by, her actions were increasingly monitored and her freedom of movement became limited. She said the compound where Oktar’s followers stayed was constantly monitored with several cameras.

Meanwhile, other members were tasked with luring more women into the group. A man named Sahin told The Sunday Times he became one of the televangelist’s followers through friends as a teenager.

Encouraged by Oktar, Sahin began to dress in expensive clothes and to take care of his appearance. His good looks were a ‘bait’ for female followers.

He reveals how he and other ‘lions’ would hang out in malls or cafes and would strike a conversation with women there and would give them his number posing as a scout for a modelling agency or a professional looking for a salesperson.

Sahin, who claimed he brought 200 women into the cult, said he was brainwashed by Oktar into thinking what he was doing was right. Sahin eventually left the cult and with other members, shared information with police in exchange for immunity from prosecution.

The hearings have featured lurid details and harrowing sex crime allegations, with Oktar telling the presiding judge in December that he had close to 1,000 girlfriends.

‘There is an overflowing of love in my heart for women. Love is a human quality. It is a quality of a Muslim,’ he said in another hearing in October.

One of the women at his trial, identified only as CC, told the court that Oktar had repeatedly sexually abused her and other women.

Some of the women he had raped were forced to take contraceptive pills, CC told the court.

Asked about 69,000 contraception pills found in his home by the police, Oktar said they were used to treat skin disorders and menstrual irregularities.

London Underground and bus fares to increase from next month