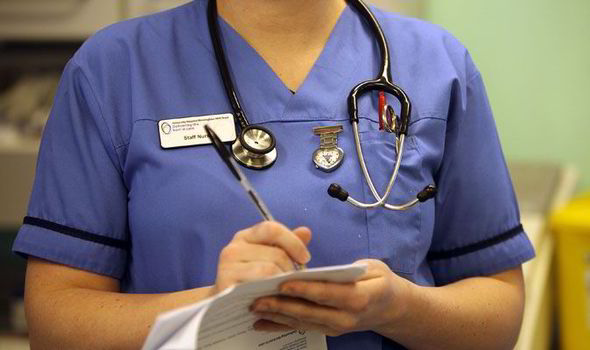 The deadline for health workers to have a Covid vaccination should be delayed to prevent staff shortages in England, the Royal College of GPs has said.

NHS staff must have a first jab by 3 February and be fully vaccinated by 1 April to continue in frontline roles.

The Department of Health said there were no plans to delay and it was “the right thing to do to protect patients”.

NHS workers who oppose the government’s mandatory vaccination policy have staged a protest in central London.

Demonstrations were also held in other cities across the UK including Glasgow, Manchester, Birmingham and Leeds.

Scotland and Wales have not made any proposals to make Covid jabs compulsory for NHS workers or care home staff, while in Northern Ireland there will be a public consultation.

Martin Marshall, chairman of the Royal College of GPs, said compulsory vaccination for health professionals in England was “not the right way forward”.

He said the vast majority of staff were vaccinated but some 70,000 to 80,000 were not and they accounted for 10% of staff at some hospitals or GP surgeries.

Some 94.3% of NHS trust health care workers in England have had a first dose of vaccine, and 91.5% have had a second dose, figures to 31 December show.

If unvaccinated staff were taken out of frontline roles by 1 April there would be “massive consequences” for the NHS, Mr Marshall told BBC Radio 4’s Today programme in an interview this morning.

He said a delay would allow time for booster jabs and a “sensible conversation” about whether vaccines should be mandatory at all.