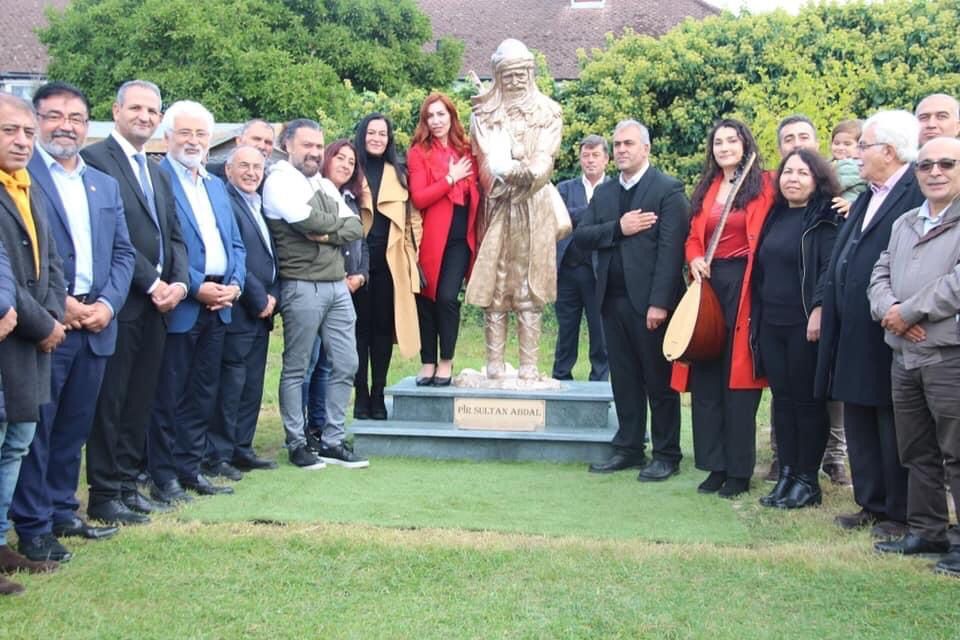 A statue of Pir Sultan Abdal was erected in North London, with the participation of many people.

The Pir Sultan Abdal statue was inaugurated with the participation of many people under the leadership of the British Alevi Federation (BAF).

BAF President İsrafil Erbil, artist Yüksel Ünlü, actor Bülent Emre Parlak, the Republican People’s Party (CHP) MP Mehmet Tüm, cemevi heads and administrators, as well as many citizens attended the opening of the statue, which was erected in the area within the British Alevi Federation headquarters in Enfield.