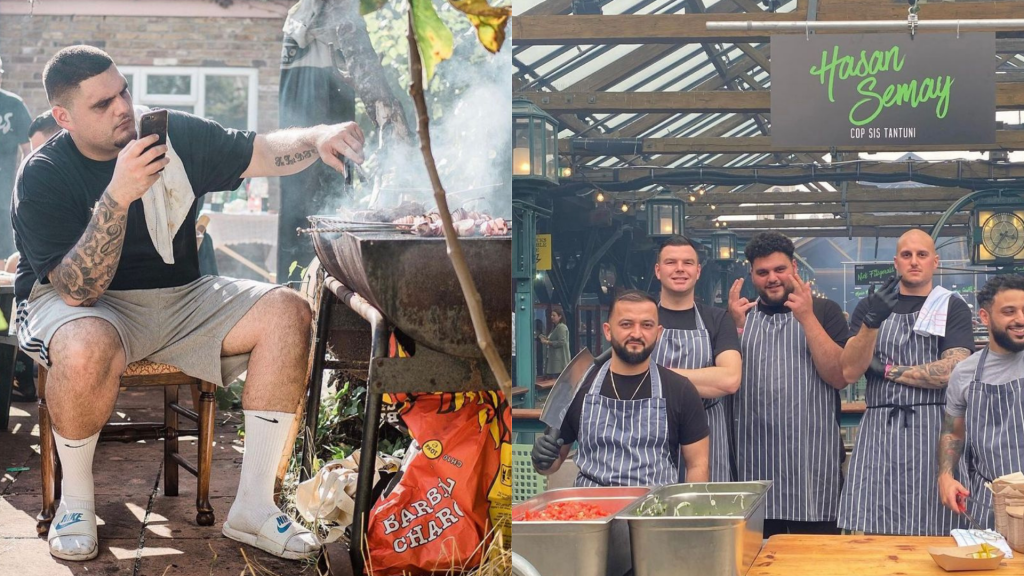 HASAN Semay a YouTube star also known as Big Has due has been marking his mark in the online culinary world.

After saying goodbye to the restaurant world over five years ago and, heading up his super popular Sunday Sessions video series. Every other week and whatever the weather you’ll find him cooking up highly buff dishes in his back garden in Edmonton.

From lahmacun to lobster roll and video like how to light your bbq, from fish dishes to meat giving his nearly 30 thousand follows recipes inspired by his Turkish-Cypriot heritage with an Italian influence gained via some of London’s swankiest kitchens, including now-shuttered Clerkenwell favourite, Palatino, where he was head chef.

Hasan was in his early 20s he beat out hundreds of other applicants to secure a place as part of Jamie Oliver’s Fifteen apprenticeship programme. Jamie remains one of Hasan’s biggest supporters, regularly commenting on his videos to call him ‘an utter legend’.

Has is moving into a new medium with his debut cookbook ‘Home’ is out Jun 2, 2022, on Pavilion Books.