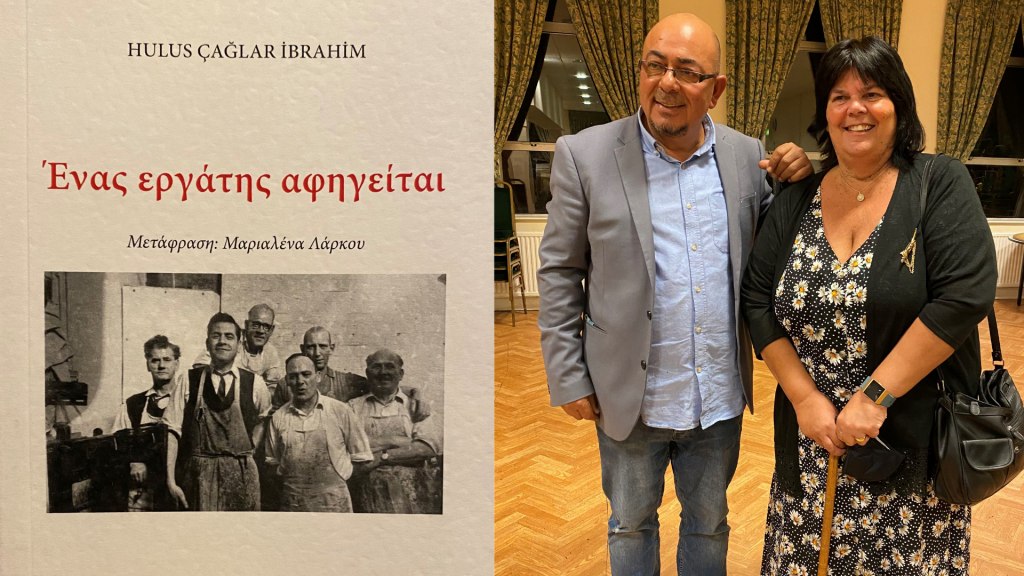 The presentation of Hulus Ibrahim’s book in Greek took place on 24 September Friday evening at the Cypriot Community Centre. Hulus Ibrahim, who explained the years of struggling of the working class in Cyprus with his book titled “The Years of Struggle” was written whilst he was alive and recently this book was translated into Greek too.

AKEL Member of the European Parliament Niyazi Kızılyürek attended the book launch night at the Cypriots Community Centre in Wood Green as the keynote speaker.

In his speech, Kızılyürek talked about the struggles of Hulus İbrahim and his friends under very difficult conditions, and said that while some had to leave Cyprus because they advocated the coexistence of the two communities, many were killed or silenced. Emphasizing that the new generations should learn about the struggle of Hulus İbrahim and his friends, Kızılyürek mentioned that the torch lit by them is still burning, that hope in Cyprus has not been lost yet, and that the struggle for the Federal Cyprus continues.

During the night, the chair of the Cyprus Turkish Democracy Association, Derman Saraçoğlu, and Andreas Grigoriou from the AKEL London organisation, who jointly organised the event, also gave speeches, and Rosemary İbrahim, the wife of the deceased Hulus İbrahim, also made a short speech.  Rosemary İbrahim, in her speech thanking the participants, said, “Hulus’ individual struggle for peace, democracy and socialism may have ended with his death, but his legacy will continue to come alive with new generations.”