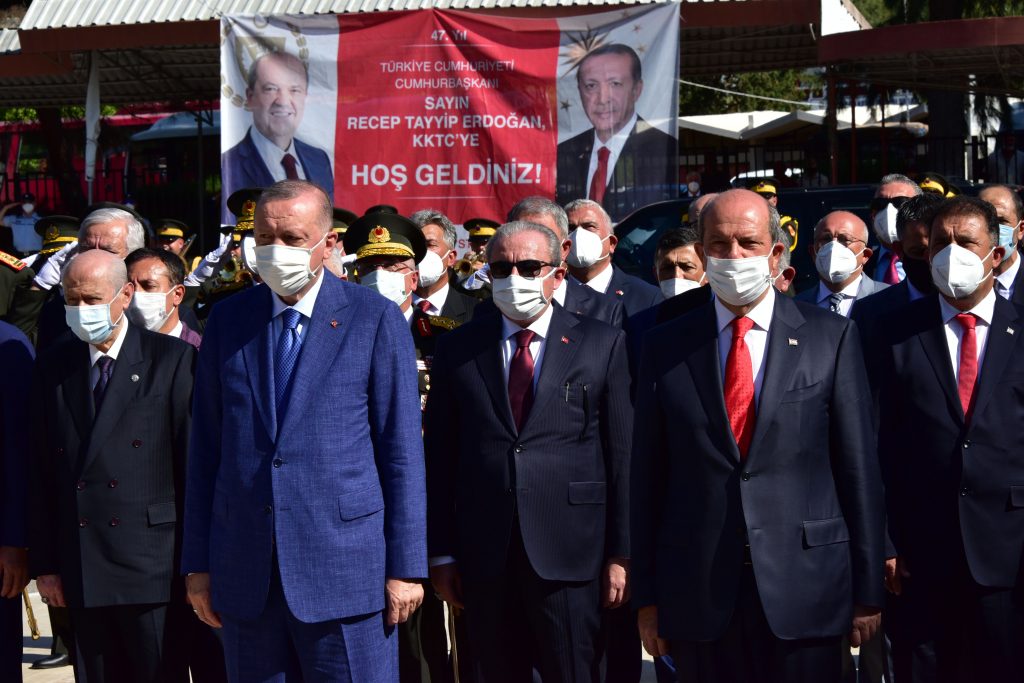 The Republic of Northern  Cyprus’s (TRNC)President Ersin Tatar has said today (July 20) that the Greek Cypriot side will never work towards a lasting and just solution to the Cyprus Problem as long as the imbalance between the two sides is not addressed.

Tatar said that the UN Security Council (UNSC) resolution adopted on March 4, 1964, which recognized the so-called Republic of Cyprus (RoC) as the legitimate government of Cyprus, constituted the biggest obstacle in the way of a settlement. “As long as the imbalance created by this resolution is not removed, the Greek Cypriot side will never work towards a just and lasting solution in Cyprus,” he said.

He pointed out that all past and present attempts to solve the Cyprus Problem had failed because of the intransigent stance of the Greek-Greek Cypriot duo.

Tatar said that a federal settlement in Cyprus was aimed at removing Turkey’s guarantees, to end Turkish presence in Cyprus.

He added that the Greek Cypriot side had no intention of sharing power or wealth with Turkish Cypriots which was why a two-state solution was the only viable option to solve the Cyprus Problem.

Turkish President Recep Tayyip Erdogan as well as MPs from the National Unity Party (UBP), the Rebirth Party (YDP), the Democrat Party (DP) and the Peoples’ Party (HP) are all in North Cyprus.

Erdogan addressed the TRNC parliament at a special session on Monday(July 19) reiterated Ankara’s position for a two-state solution for the island. “On this island, there are two separate states and peoples…sooner or later the international community will accept this. We do not covet anyone’s land or rights,”