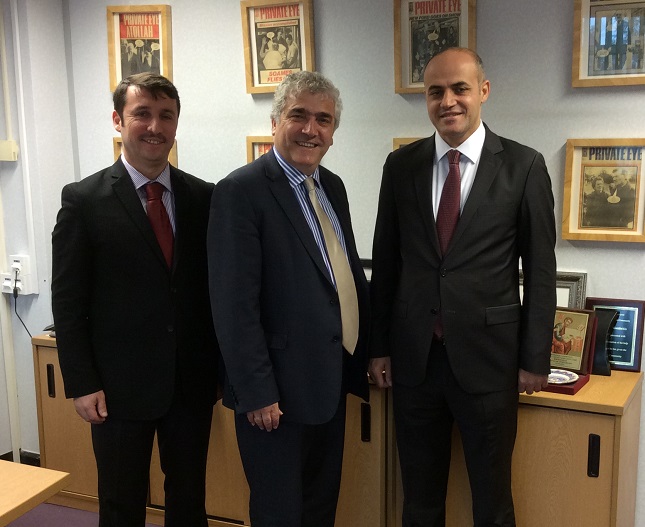 Councillor Stephen Alambritis, who leads Merton Council in south London, hosted two officials from Pendik on the outskirts of Istanbul.

The delegation will was given a guided tour of the Merton’s MASCOT Telecare service, which provides a range of services helping older people to live safely, securely and independently in their own homes. The services include property exit sensors; temperature extremes sensors and fall detectors.

In a statement he sent to Londra Gazete, Mr Alambritis said Pendik, with its population of over 625,000, “takes its name from the Greek word for the figure five as the town had five walls and five gates during the Byzantine era”.

He said Pendik and Merton faced similar pressures with a growing and ageing population.

He added: “I am really keen to learn from others but also to open up my council to other authorities.

“In today’s tough times we have to share and share alike and help each other whenever possible”.

Pendik has also been visited by council representatives from Cyprus, Greece and Singamore.

Mr Alambritis is now also the most senior elected Greek politician in the UK.