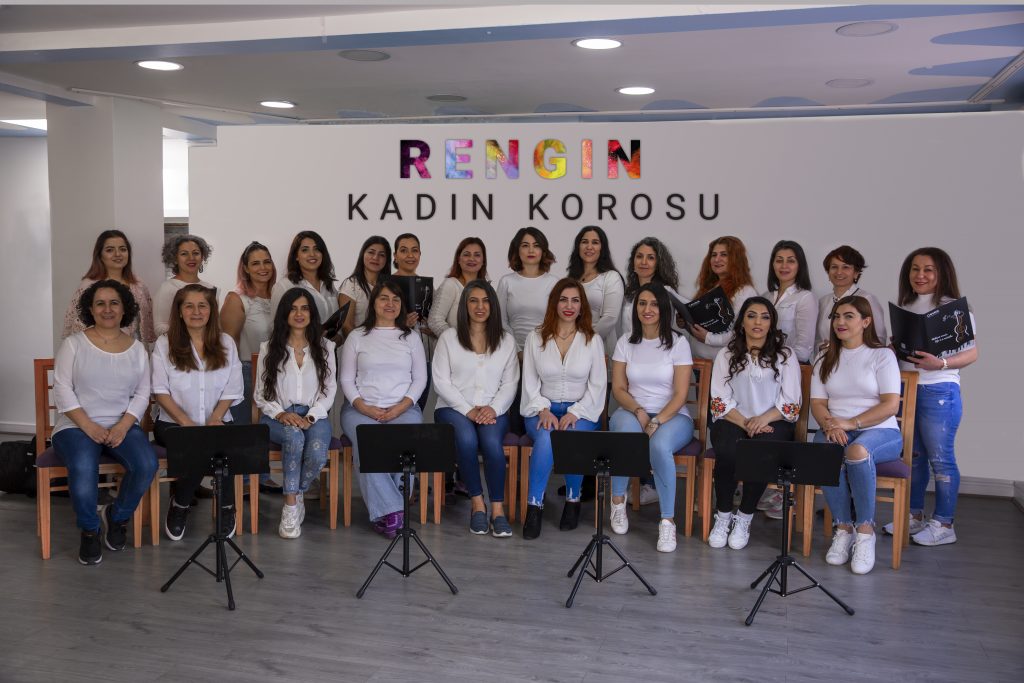 Established in London in November, the Rengin Kadın Korosu(Women’s Choir of Color) is preparing for its first concert.

The Women’s Choir of Color will give their first concert on July 4, the concert, which will take place at the Milfield Theater on Sunday, July 4, is expected to attract great interest.

A women’s choir was formed under the leadership of the Immigrant Workers Association (Gik-Der) and the Socialist Women’s Union (SKB) during the quarantine period when everyone was confined to their homes due to Covid-19 restrictions.

and now the countdown has begun for the first concert of Color, brought to life by 40 women living in London.

Zuhal Yıldırım Gök, who is the conductor of the choir, said that they created a platform of expression for women from different professions, ages and experiences. Contrary to what is believed in society, we act with the fact that a woman is not a wolf of a woman, but a homeland.

Emphasizing that they created a breathing space for women who struggle with hundreds of problems in daily life, Gök said that they expect support from all sensitive groups for their first concert to be held on July 4th.