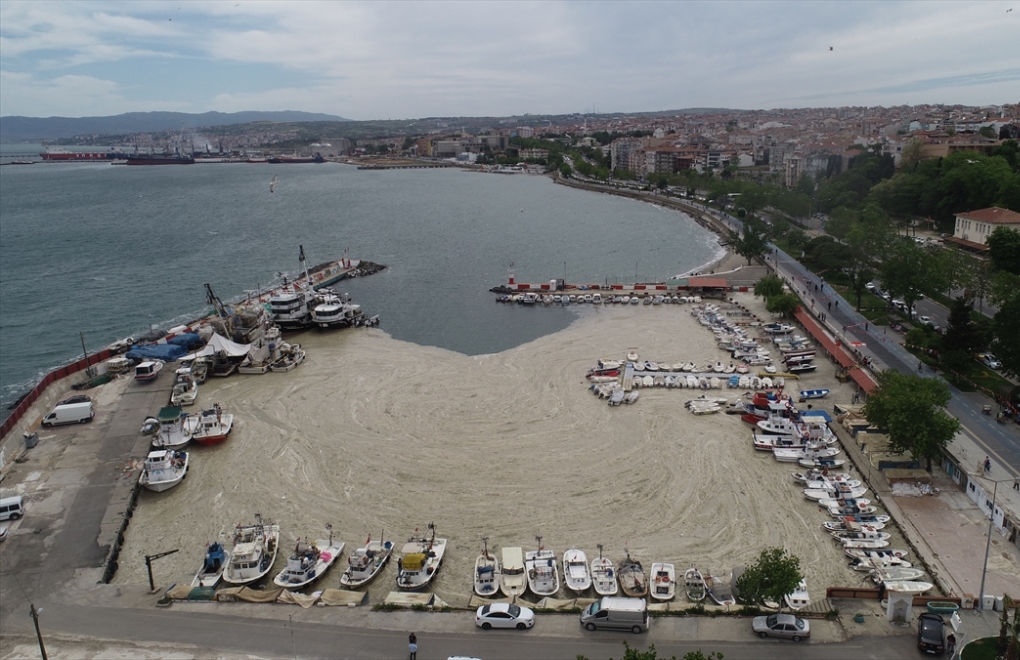 A thick layer of “sea snot” thought to be the largest on record has hit the Turkish coast, endangering marine life and fishing trade.

The marine mucilage is a slimy layer of grey sludge that forms when algae is overloaded with nutrients as a result of hot weather and water pollution.

Turkey’s recent outbreak along its Sea of Marmara coast is believed to be the biggest in history and is causing chaos for local communities.

Studies show that the slime stretches up to 100ft (30m) deep, threatening to poison mussels, crabs and other shellfish.

Turkey’s environment minister, Murat Kurum, said he planned to make the entire Sea of Marmara a protected area, reduce pollution and improve treatment of wastewater from coastal cities and ships which has helped the sea snot to spread.

He also called on local residents, artists and NGOs to join what he said would be Turkey‘s biggest maritime clean-up operation, starting on Tuesday(June 8).

“Hopefully, together we will protect our Marmara within the framework of a disaster management plan,” Kurum said, speaking from a marine research vessel which has been taking samples of the slimy substance.

“We will take all the necessary steps within three years and realize the projects that will save not only the present but also the future together.”

Scientists say the climate crisis and pollution have contributed to the proliferation of the organic matter, which contains a wide variety of microorganisms and can flourish when nutrient-rich sewage flows into seawater.

The Turkish president, Recep Tayyip Erdoğan, blamed the outbreak on untreated water from cities including Istanbul, home to 16 million people, and vowed to “clear our seas from the mucilage scourge”.