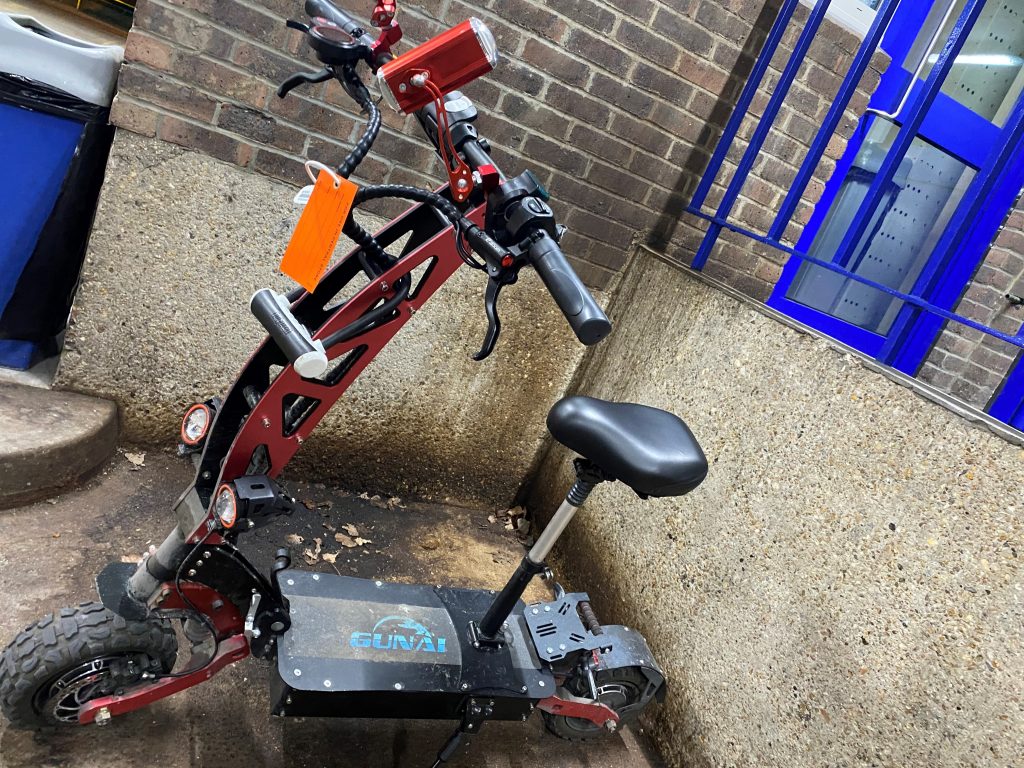 A man has been disqualified from driving after being found riding an e-scooter while over the legal limit of alcohol.

Clinton Henry 28 was charged with driving over the prescribed limit, not in accordance with a licence and without insurance after officers saw him travelling at speed on Molesworth Street, Lewisham at around 00:30hrs on Sunday, 11 April.

The e-scooter pulled away from traffic lights and accelerated to around 30mph before being stopped by police.

When speaking to the rider, he admitted having no licence or insurance, claiming he didn’t know they were required for e-scooters.

He also refused to provide a roadside breath sample and was arrested. He later provided a breath specimen containing 77 micrograms of alcohol per 100ml of breath; the legal limit is 35 micrograms.

As well as being disqualified from driving for 17 months, he was fined £170 and ordered to pay £119 in costs and victim surcharge.

The vehicle – which had no lights on and had a seat fitted – was also seized by police. It was found to have a 5600W electric motor, capable of over 50mph and even had a horn and indicators fitted.

Henry appeared at Bromley Magistrates’ Court on Monday, 10 May where he pleaded guilty to all charges.