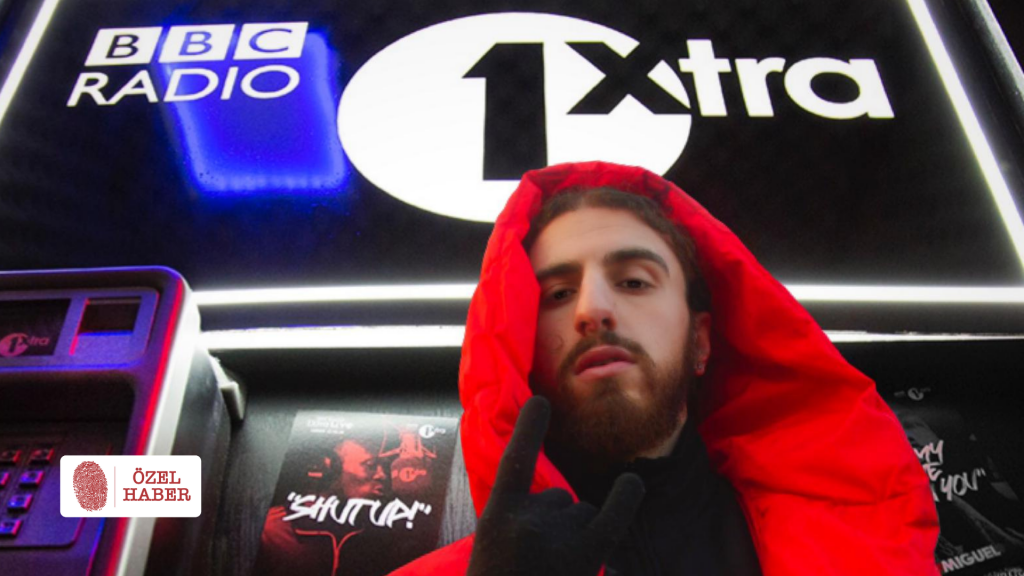 BORN and raised in the UK and originally a Turkish Cypriot, Deniz Eyeden Apaydınlı has been chosen as “one of the homegrown talents of Coventry” by the BBC Radio 1Xtra.

Eyeden, who lives in Coventry, England, continues to achieve various successes by stepping into the world of music at a young age.

Speaking to the Londra Gazete, Eyeden stated that he was proud to be selected saying: “To be honest, especially because I was given this news on social media. I was quite surprised when I got it. I reloaded Instagram and found a message from the BBC. It was a great start I needed to come back with a bang. 4 artists from Coventry were selected by the BBC Radio 1Xtra and I was chosen as one of these artists. It’s a great pride to me, ” he said.

Emphasizing that his passion for music started from a young age, Eyeden used the following expressions: “In elementary school, I was standing among the students during recess singing rap or dancing. In the first place, I was doing these for fun, one day when I was at my friend’s house, he turned to me and asked, “Why don’t you start making music?” At that time, the spark in me flared up and I took the first step.

I started sharing a new song every week for a year in 2017. However, I had a fan base and when the songs I sang started playing on BBC Radio 1, it was a tremendous motivation for me. I started performing in Coventry and Birmingham after my songs played on the most popular radio station. ”

Stating that he not only sings in English but also sings Turkish songs, Eyeden said, “I have many Turkish songs and I will share them soon, but for now, my song called ‘Burnt Bridges’ will be released on Friday, August 28th. In this song, I summarize growing up as a little boy in a broken household ”.