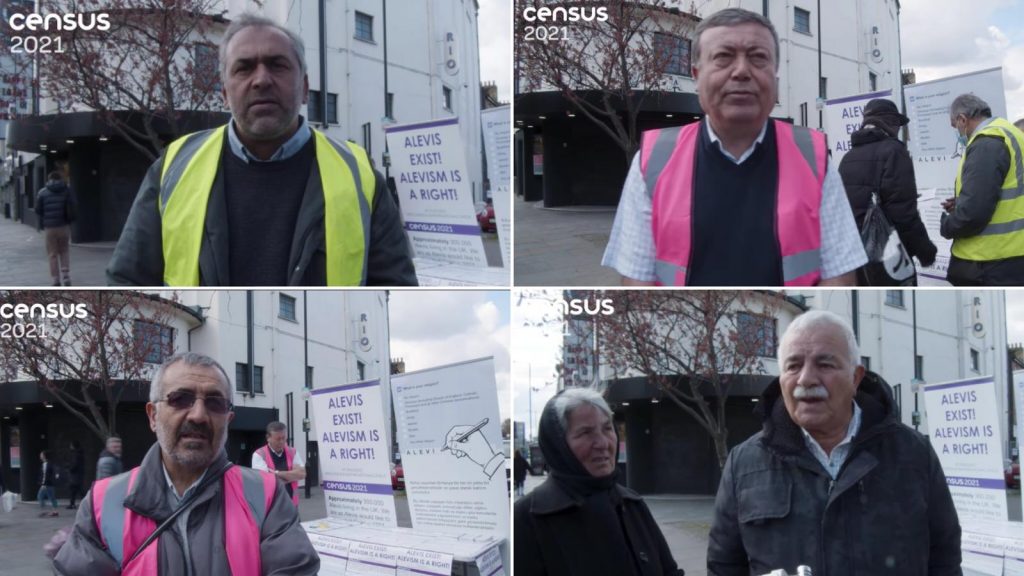 The British Alevi Federation (BAF) set up a stand for the ongoing census in England, which closely concerns Alevi’s in terms of public rights, hence, BAF called out for the community members to fill out the forms until May 4.

BAF advocated that the census will provide the recognition of Alevi’s-Alevism in Britain, the implantation of public legal personality in every field, and equal rights with other beliefs will be on the agenda of the British Parliament.

The British Alevi Federation, which has been reaching out to the public for a long time through social media, took to the streets and informed citizens about ‘Census 2021’ and helped fill in forms.

Israfil Erbil, the Chair of the federation, expressed that they helped the citizens to participate in the census by setting up a stand in the centre of Dalston, Woodgreen and Edmonton Green. Noting that they took to the streets to announce the campaign they launched, Erbil called for the forms to be filled until May 4. Erbil made the following statement:

“An intense campaign has been carried out since the first week of March. Alevi’s should also be included in the census conducted every 10 years and should be visible. We need to be visible in the census in order for Alevi’s to get their rights in the country they live, to carry Alevism to the next generation and to be recognized by official institutions. The procedure will continue until May 4. A big campaign in running on social media. However, we are on the streets with the thought that the campaign should be announced and the promotion should be made on the streets since some of our community members do not encounter on social media. Our work will continue until May 4.”