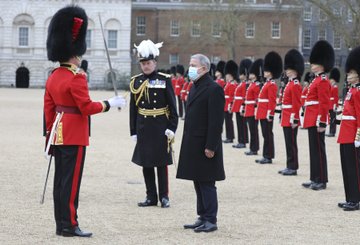 Turkey’s Defence Minister  Hulusi Akar has started his two-day visit to the UK to reaffirm our two countries’ close cooperation on defence and security as NATO Allies.

UK Defence Secretary Ben Wallace said: “Turkey is an important NATO Ally and partner for the UK in upholding security in the Mediterranean and Black Sea regions.

“I was delighted to welcome Minister Akar to the UK for fruitful discussions on how our nations can build on our strong defence relationship in a range of areas – from NATO exercises and operations to industry co-operation.”

Akar was welcomed to the UK with a Guard of Honour from the Coldstream Guards at Horse Guards Parade, ahead of a bilateral meeting at the Ministry of Defence.

Both defence ministers took the opportunity to discuss how the UK and Turkey could work together and with international partners to support regional security and the ongoing fight against Daesh terrorists – both nations are members of the Global Coalition to defeat Daesh. 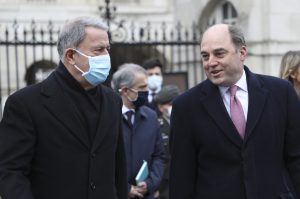