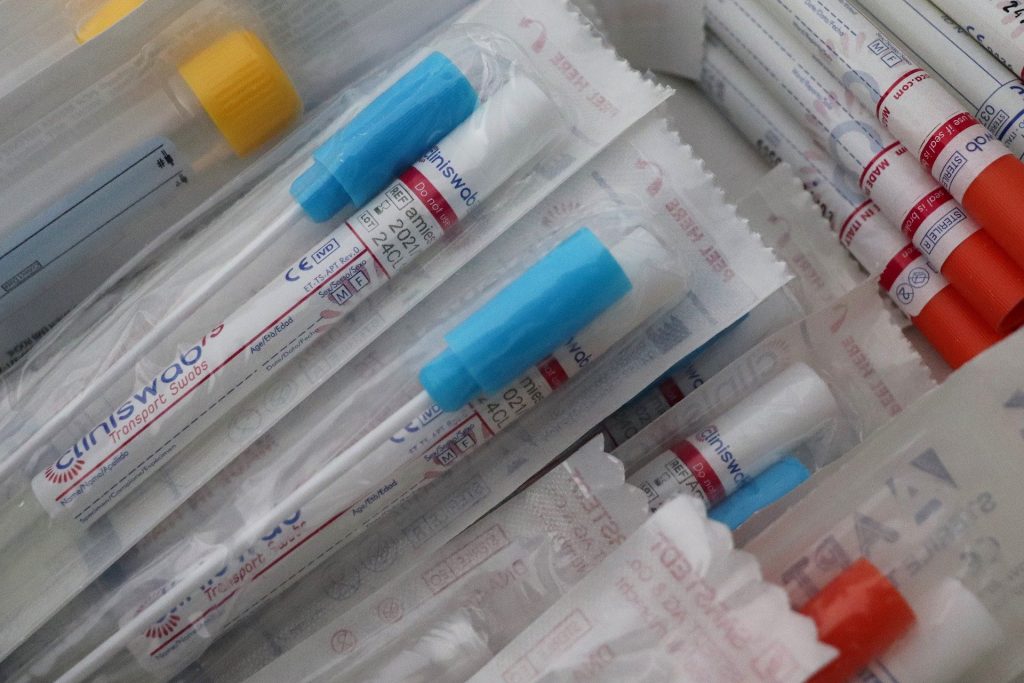 Every adult will be encouraged to test themselves for coronavirus at least twice a week under new plans to help ease the UK out of lockdown.

Testing chiefs are pushing the message in the hope of identifying people without symptoms.

They believe that getting people to regularly swab is vital in driving down the spread of the virus and an advertising campaign will encourage Britons to ‘play their part’.

The new drive, revealed by the Times, will be supplemented by national sewage monitoring.

It is hoped that areas with rising cases will then be quickly identified and tackled by ‘surge testing’ – potentially eliminating the need for future lockdowns.

The NHS yesterday revealed a third consecutive record day of vaccinations with 844,285 on Saturday.

The first and second dose figure recorded yesterday – which is equivalent to around 27 jabs a second – marks the second day in a row of record-beating figures, with 711,156 vaccines given on Friday.

The Institute of Economic Affairs yesterday said the success of the programme meant there was now ‘a strong case’ for bringing forward Boris Johnson’s road map dates by four weeks.

However, Dr Mary Ramsay, of Public Health England, yesterday warned it was ‘very important that we don’t relax too quickly’ and that face masks and forms of social distancing may stay in place ‘for a few years’.

More than half of all adults have now had at least one vaccine dose, with the number equivalent to the entire adult populations of Liverpool, Southampton and Oxford combined.

But as the UK’s hugely-successful vaccination drive continues to soar ahead, there are fears the rollout could be slowed in the coming months as Health Secretary Matt Hancock said vaccine supply is “always lumpy, but we’re on course”.