Films by Turkish female directors are coming to England

This year with the #largerthanlife slogan the international festival will take place between March 1-7, 2021 online, the festival will be held for the fourth time and its theme ‘super hero’ at the forefront of the storytelling.

In a statement about the festival, BTKD President Servet Hassan said, “We are very happy to be bringing the stories of powerful women shot by our highly talented female directors to the audience in England. As an association, we attach great importance to women’s solidarity. We will overcome problems such as women’s struggle for existence, access to equal rights and violence against women by showing solidarity. We are proud of the achievements of Turkish women in every field.”

The British audience will be saturated with Turkish movies with a total of 18 films featured in UK screenings, including feature fiction, documentary and short films.

150 films from 30 countries applied to the International Women Directors Festival. Of the 95 films in the festival, 39 films, 12 national and 27 foreign productions will be opened to the audience for the first time and will make their world premiere.

To find out more a watch the films you can visit www.kadinyonetmenlerfestivali.com.tr. 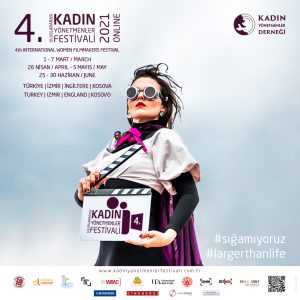