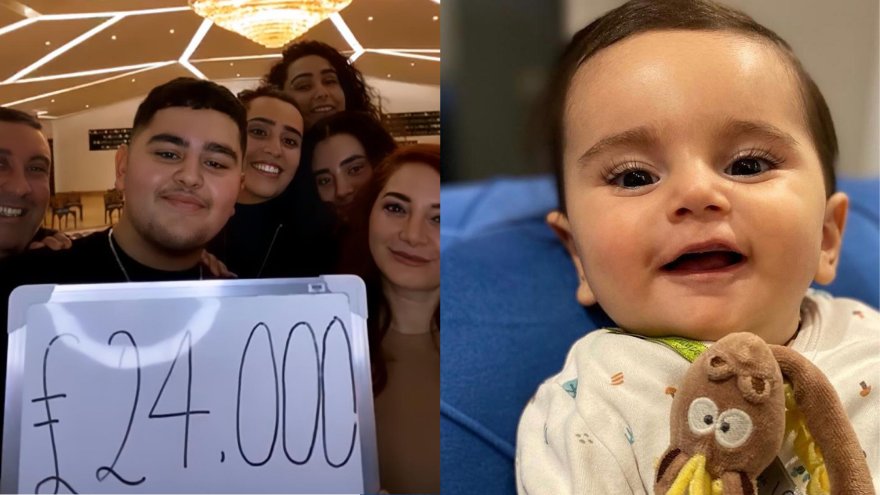 The family of baby Roza with SMA is trying to raise over 2million for treatment through social media.

A campaign for baby Roza was launched by volunteers living in London. Recently, many families have started an aid campaign in order to have their children with SMA treated abroad, and they are announcing these campaigns on social media.

SMA, a genetic disease affecting the nervous and muscular system, does not have a definitive treatment, but there are drugs that stop the disease to a great extent.

Roza Arı, 9 months was diagnosed with SMA Type 1 in Turkey.  A campaign has been set to raise money for the life-saving treatment, which is one of the world’s most expensive drugs Zolgens.

Speaking to the Londra Gazete, Roza’s volunteers Elif Beritan and Çinar Kara made the following statement: ‘‘Roza is 9 months old and is an SMA type 1 patient. She has been struggling to survive in the hospital for a long time. I

n this process, her tiny heart stopped exactly 3 times, and as a result of the efforts she held back to life. A short while ago, her throat was pierced for breathing equipment.  She is still in intensive care and her illness is very severe.

The goal of the campaign started to hold on to life is about to be approached, but you also need your support. The amount required for the treatment of Roza: 2 million 251 thousand 750 dollars. The amount collected now is 1,418,602 dollars.”

Many events are held across Europe in order to complete this reach the campaign goal and get Roza the treatment she needs as soon as possible. These events take place as charity, concert and donation nights on Instagram live broadcast. A event night was held in England and £24,000 collected on the night.