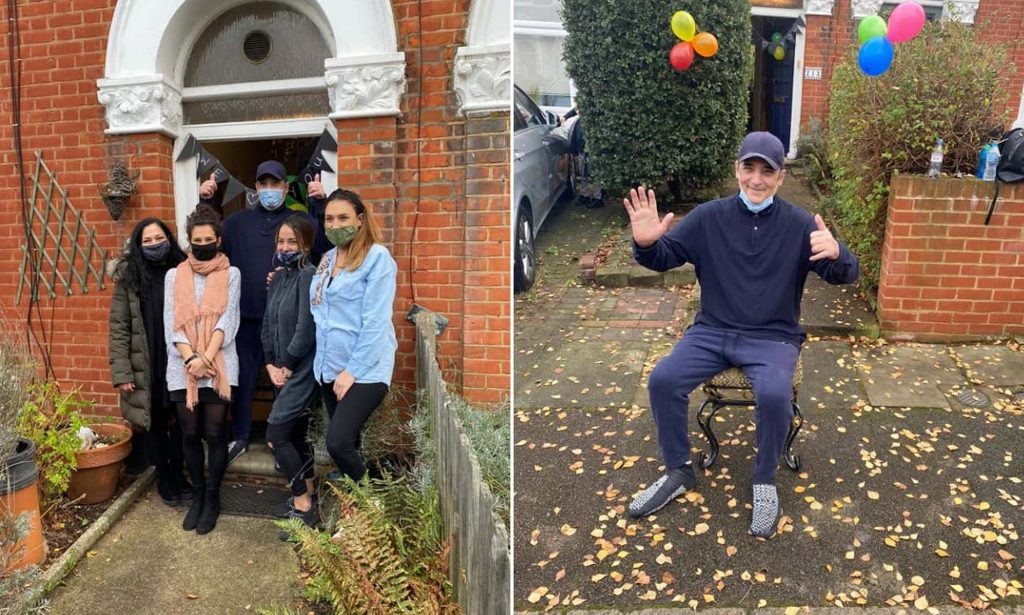 BRITAIN’S longest-suffering Covid patient has revealed he may be forced to declare bankruptcy because his condition means he’s unable to work.

Ali Sakallioglu, 57, from Catford, south east London is the UK’s longest-suffering Covid patient. He spent a total of 222 days in hospital after contracting the virus in March.

During his time in hospital, he had a heart attack, suffered a stroke, collapsed lungs, multiple organ failure and sepsis, and his children were told to say their last goodbyes three times.

Grandfather-of-nine Ali was discharged from hospital in November, and told how he came home to a mountain of bills.

Speaking to BBC Breakfast this morning, he admitted the situation is ‘very difficult’, adding: ‘We’re all writing them letters and whatnot, I’m thinking about going bankrupt because I have no other choice.

‘I can’t afford to pay my bills, I’m not working. I take life day by day, breath by breath, that’s the only way to do it. I don’t think about the future because I don’t know what the future’s going to bring.’

Ali said he struggles to dress himself and can’t even cook or walk up the stairs. 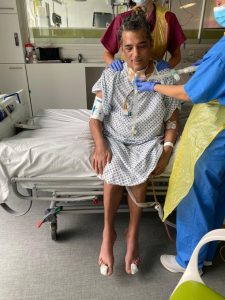 After three months in a coma he was eventually moved to a nursing home to help with his rehabilitation, including regaining his ability to walk.

Ali’s daughter Seniz said it was ‘incredibly hard’ seeing him fight for survival in hospital.

‘It was like watching him in pain, take every single breath and watching somebody go through not not being able to breathe, almost drowning in their own fluids.

‘To have to watch that and know that they’re going through that every second of the day, it was incredibly hard,’ she told the BBC.