1 in 50 people now estimated have coronavirus in the UK

The PM begins by praising NHS and care workers who he says are “grappling” with the new coronavirus variant.

He says more than 2% of the population are now infected and the number of patients in hospitals in England is now 40% higher than at the first peak in April.

Mr Johnson says he’s trying to “put an invisible shield” around the elderly and vulnerable in the form of vaccination.

Prof Chris Whitty has said that case rates have increased by 70% in the UK in the two weeks to 30 December.

Problems with the new variant, combined with the worst period of winter, led to a “significant increase” in the number of people testing positive for the virus in December, he says.

The Office for National Statistics now estimates roughly 1 in 50 people have the virus in England, he adds. 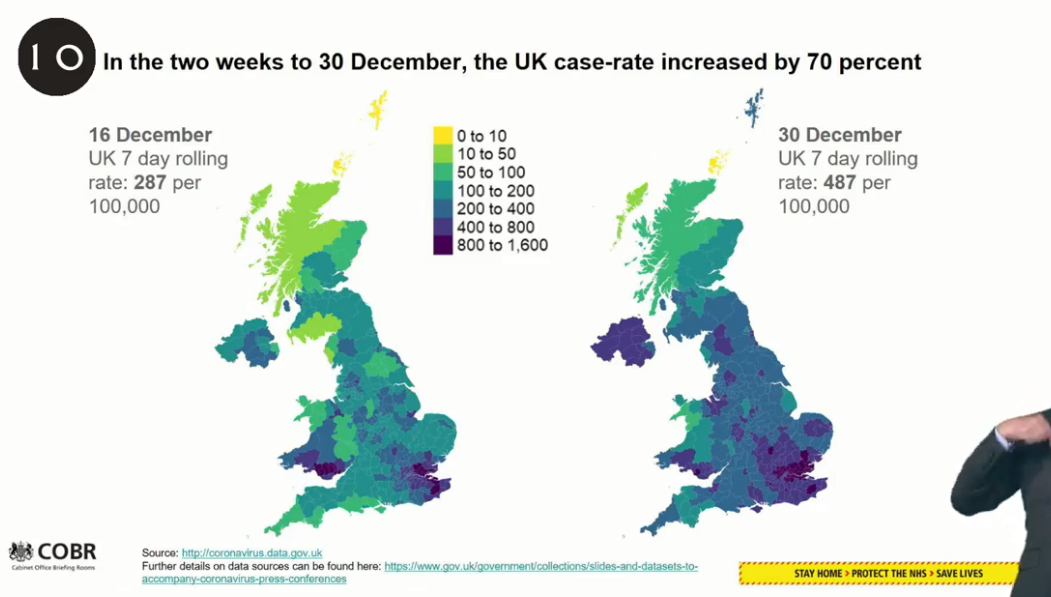 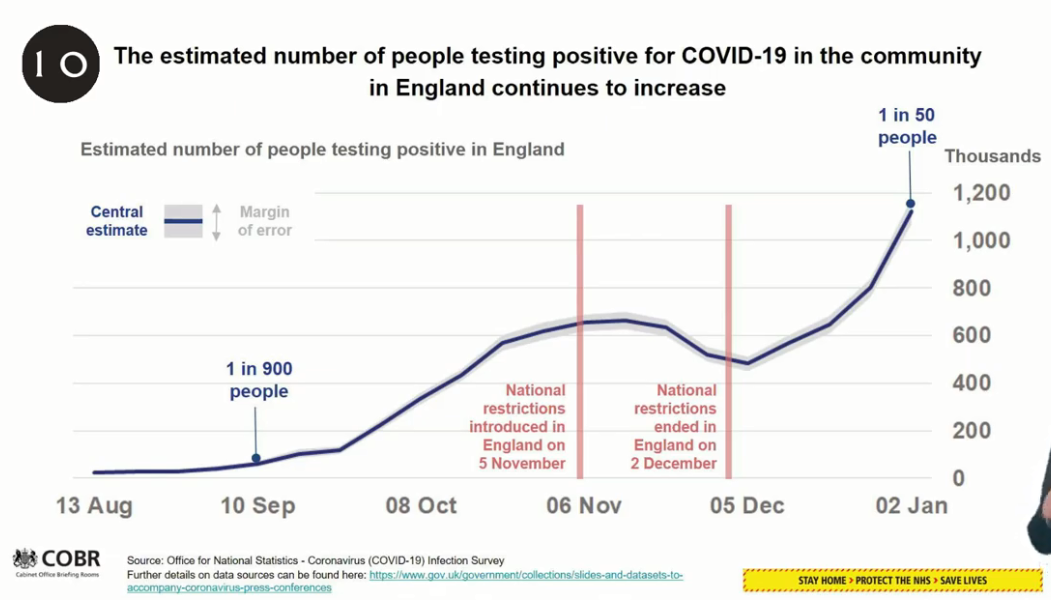 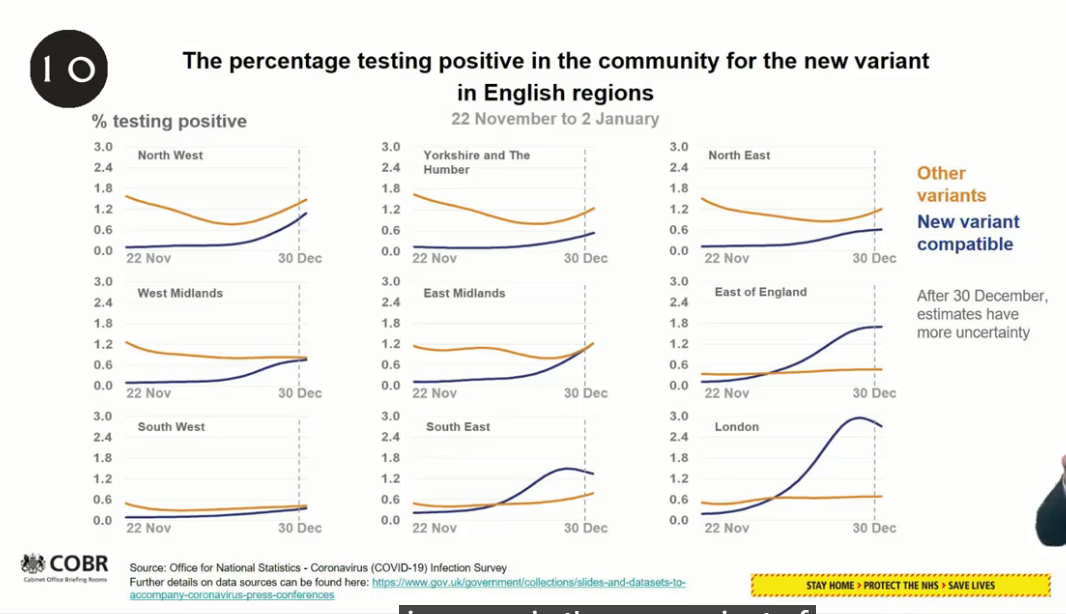 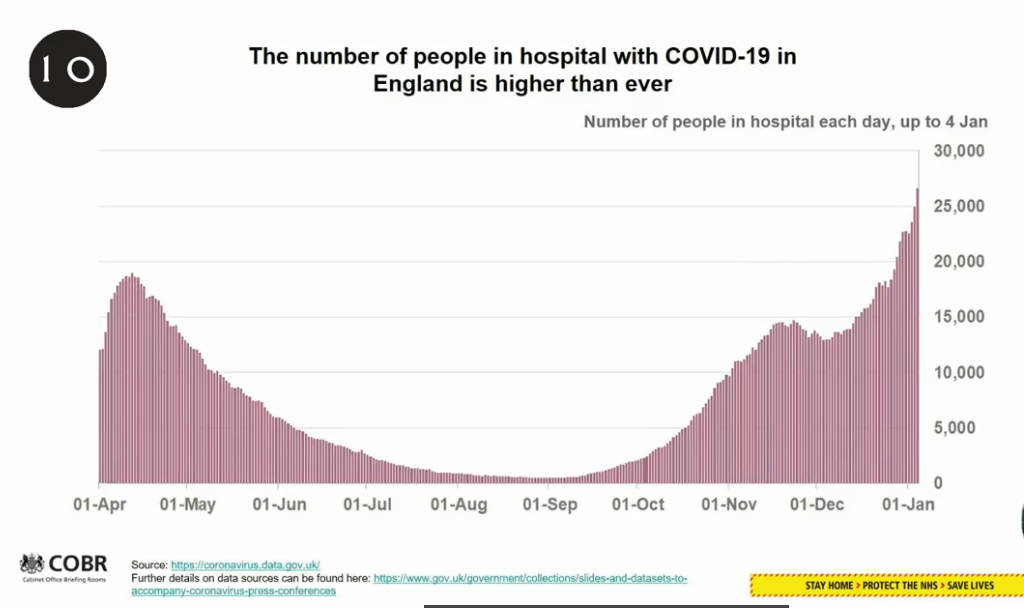 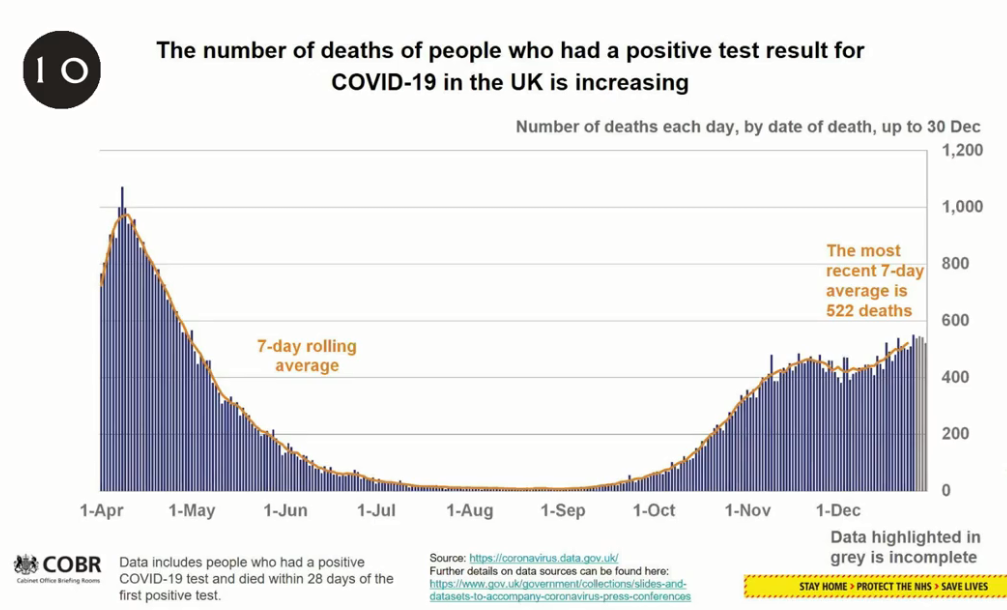