The UK fully leaves the EU from January 1, 2021, meaning visitors to France from the UK must respect the so-called 90/180-day rule. This includes second-home owners.

In a recent seminar EU officials confirmed that UK visitors will be treated as ‘third-country’ (non-EU/EEA/Swiss) citizens with full effect from January 1 and thus will be subject to the rule of staying no more than 90 days in any 180-day period.

As with other third-country citizens, their passports will be stamped with the date of entry and exit so border officials can check they do not overstay, the EU says.

So as to have passports stamped, Britons will have to join the ‘all passports’ lanes at EU airports, not fast EU-only automatic gates, and could, in theory, be asked for additional paperwork.

Britons will only be allowed to stay in a European country without a visa for a maximum of 90 days in every six month period.

People who exceed the 90-day limit could face the threat of a fine or even be banned entry to the EU’s Schengen travel zone.

There are an estimated 500,000 Britons who own a holiday home in Europe. 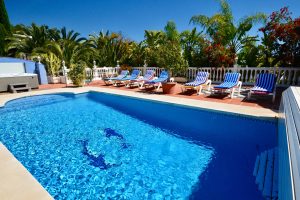 The new rules mean anyone who wants to stay in an EU country for longer than three months will likely have to apply for a visa.

Campaigners are calling for the rules to be changed to allow people to use their 90-day allocations continuously.

The official UK Government guidance on the new rules states: ‘From 1 January 2021, you will be able to travel to other Schengen area countries for up to 90 days in any 180-day period without a visa for purposes such as tourism. This is a rolling 180-day period.

‘To stay for longer, to work or study, or for business travel, you will need to meet the entry requirements set out by the country to which you are travelling.

‘This could mean applying for a visa or work permit. You may also need to get a visa if your visit would take you over the 90 days in 180 days limit. 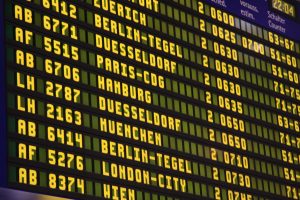 ‘Periods of stay authorised under a visa or permit will not count against the 90-day limit. Travel to the UK and Ireland will not change.’

Face-to-face talks between Michel Barnier, Brussels’ chief negotiator, and Lord Frost, his UK counterpart, resumed at the weekend after discussions were suspended after an EU official tested positive for coronavirus.

Mr Barnier said this morning there were ‘reasons for determination’ as he left his hotel in Westminster to head back to the negotiating table.

With time now running out, there are fears the UK and the EU could accidentally end up without a trade accord due to a miscalculation or a misplaced belief that the other side will compromise at the last minute.

A failure to strike a post-Brexit trade agreement will see Britain and Brussels forced to trade on basic World Trade Organisation terms from January 1 and that will mean tariffs being imposed on goods.