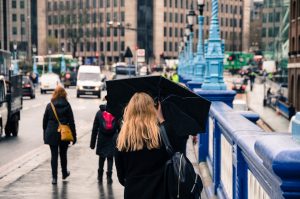 Between 5 and 12 November, 1,977 penalties were issued under new laws stating that people cannot leave home “without reasonable excuse”.

The law contains more exceptions than during the UK’s first national lockdown in March, but police vowed to enforce the restrictions after being given dedicated government funding for Covid patrols.

Martin Hewitt, chair of the National Police Chiefs’ Council (NPCC), said the vast majority of people had followed the law and that officers would continue explaining changes before giving out fines.

“The national lockdown periods in England and Wales have seen increased enforcement activity by forces, targeted towards those who commit the most serious breaches, risking public health,” he added.

“We cannot waste time endlessly encouraging those still intent on breaking the rules after nine months of this pandemic, and they should expect to see officers move more quickly towards issuing fixed penalty notices (FPNs) where it is appropriate.”

Provisional figures released on Monday show that in total, almost 25,000 fines have been issued in England and Wales under all coronavirus laws introduced since 27 March, with 80 per cent handed to under-40s.

At least 133 £10,000 fines have been issued for holding illegal large gatherings, including protests, parties and music events.