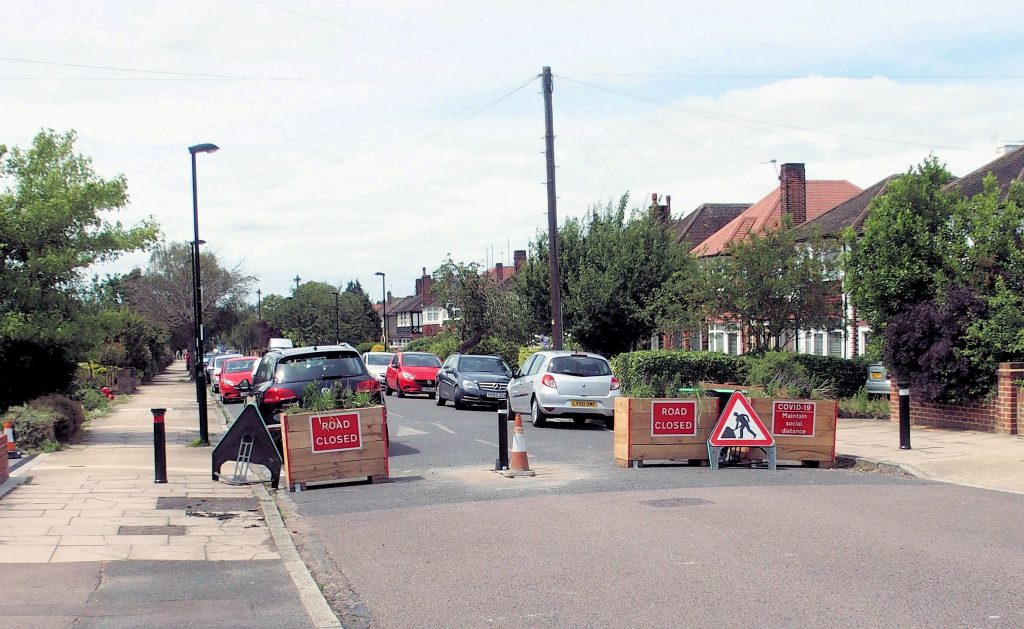 A community group has officially lodged legal action against road-blocking measures implemented by Croydon Council around Crystal Palace, as a public consultation on the controversial scheme officially opened for feedback.

The Open Our Roads campaign group, which sprung up in opposition to the Low Traffic Neighbourhood (LTN) scheme at Crystal Palace, confirmed it had filed an application for a judicial review of Croydon Council’s decision to implement road closures in the area.

It came after a protest earlier this month against the road closures – intended to push local residents towards using greener methods of transport such as walking and cycling – was reportedly attended by more than 600 people.

In a statement released by Open Our Roads, the applicant of the judicial review, local businesswoman Eliska Finlay, said: “We believe Croydon Council acted unlawfully with the decision to close our roads in Crystal Palace, Upper Norwood and South Norwood”.

“Amongst other failings, Croydon Council did not undertake the necessary impact assessments, nor did they consult key stakeholder groups such as residents, businesses and people with protected characteristics before implementing the LTN.

“We felt we had no other choice but to seek legal justice for the residents of Croydon and Bromley who have been negatively impacted by Croydon Council’s woeful mismanagement of the traffic network and its neglect of its legal duties as a local traffic authority.”

It comes as Croydon Council opened a month-long consultation on whether to change, keep or scrap the controversial Low Traffic Neighbourhood (LTN) measures on Friday, three months after the planter boxes were installed.

Croydon’s cabinet member for sustainability, councillor Muhammad Ali, said: “The temporary Low Traffic Neighbourhood was introduced because over a period of years residents expressed serious concerns about the volume of traffic in their area.

“So as a council we have now developed a number of options and progressing with our consultation as planned. I would encourage as many people as possible to participate let us know their views.”

According to Croydon Council, the authority was keen that the consultation take place when residents can better judge the effects of the temporary LTN after the removal of scaffolding and traffic signals which had been present on Church Road after a vehicle crashed into properties.

“Transport for London confirmed that the scaffold was a major contributor to increased traffic congestion in the area, and we are very pleased to hear from residents that the situation has improved since Sunday,” Mr Ali said last week.