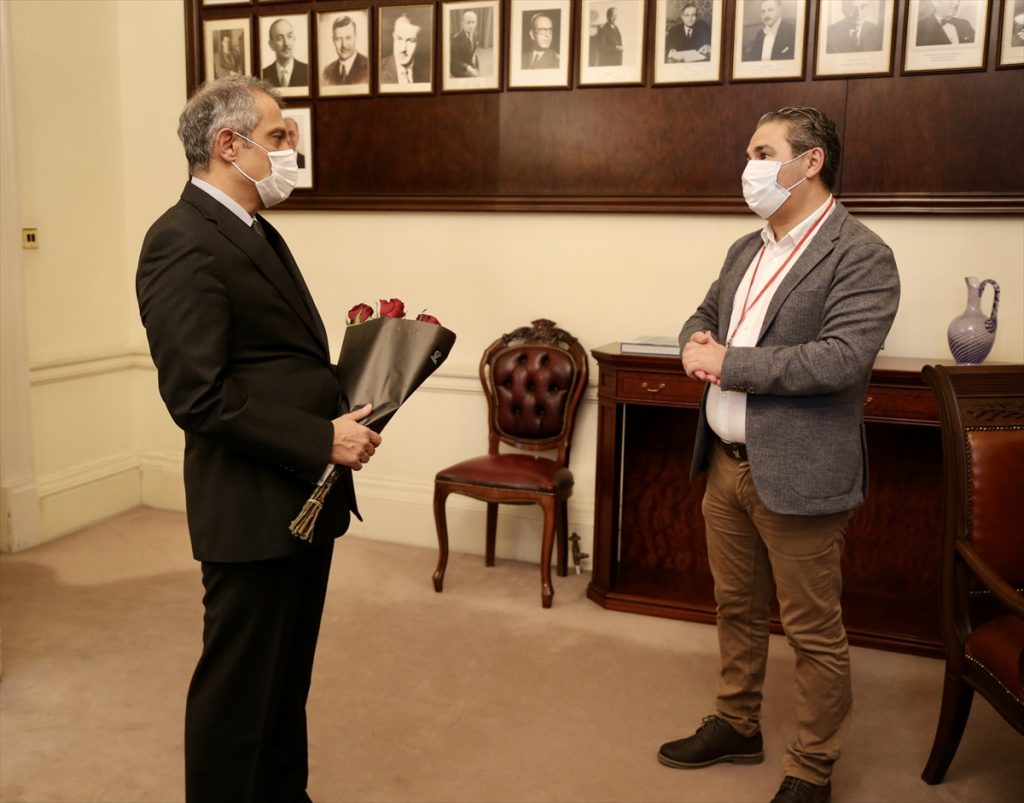 AZERBAIJANI Turks living in the UK visited Turkey’s Ambassador to London Umit Yalcin, thanking the support given to them. 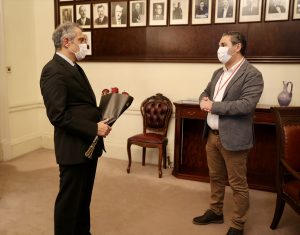 The visit, limited to 6 people as per Covid-19 rules, met with Ambassador Yalçın.

Sahin Valisoy chairman of Turkish Azerbaijan in the UK emphasizing that importance of Turkey’s support saying: “Turkey’s support for, was a breath of us. We would like to thank the President of the Republic, the Turkish Grand National Assembly and the government officials, members of the army.”

Pointing out the importance not only for today’s generations but also for future generations, Valisoy stated that they will never forget this forever.

Ambassador Yalçın expressed his happiness with the visit and saying, “We always said” One nation, two states “. So every time Turkey-Azerbaijan solidarity, friendship and brotherhood will continue. Of course, we brothers will show our solidarity and support in such difficult times. ” he spoke.

Pointing out that what happened is a historical issue, Yalçın said, “Azerbaijan protects its homeland against injustices, lawlessness, occupation and attacks. Turkey is behind this course of self-defence and a supporter. This will be like this until the territorial integrity of Azerbaijan is achieved. ” 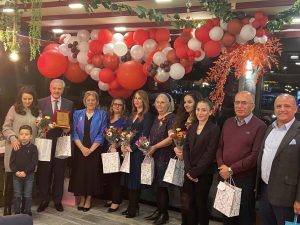 Physiotherapy ‘as good as surgery’ for fixing frozen shoulder