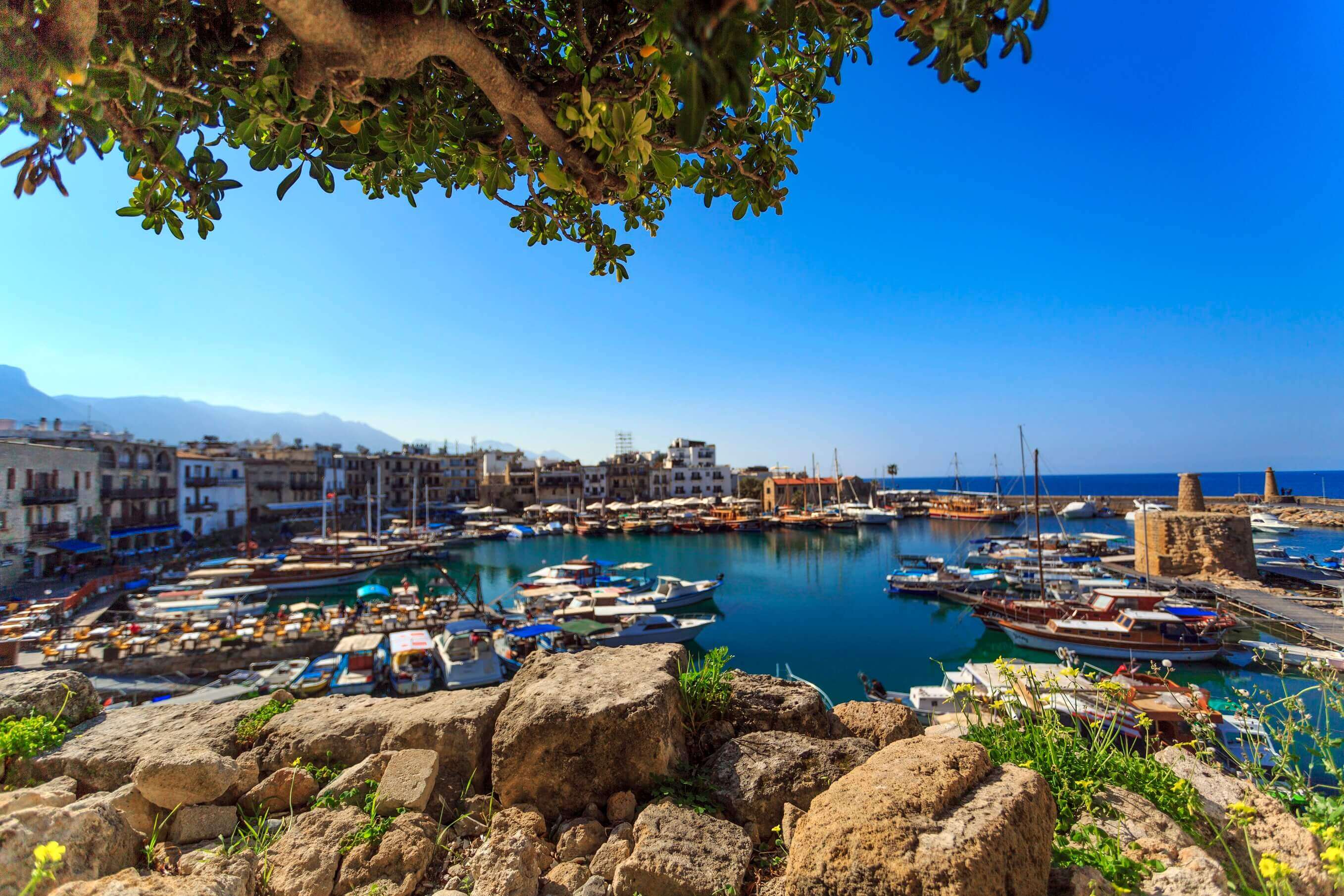 The UK government responded to the petition ‘Authorise direct flights from the United Kingdom to North Cyprus (TRNC)’.

If a petition gets 10,000 signatures, the government is entitled to respond. Hence, the government has responded to the petition, which was launched to gain support for direct flights to North Cyprus.

The UK government made a written statement yesterday evening for the petition campaign, which reached over 12,000 signatures.

The following statement was made by the UK government:

The UK Government has no plans to authorise direct flights between the UK and the north of Cyprus. Direct flights would breach obligations under international law.

The UK Government has no plans to authorise direct flights between the UK and the north of Cyprus. In accordance with the rest of the international community, the UK does not recognise the self-declared ‘Turkish Republic of Northern Cyprus’ as an independent state. The United Kingdom recognises the Republic of Cyprus as the sovereign authority for the island of Cyprus. As a result, the UK Government cannot negotiate an Air Services Agreement with the administration in the north of Cyprus.

The UK High Court also ruled in 2009 (Kibris Türk Hava Yollari v Secretary of State for Transport) that allowing direct flights to Ercan airport in the north of Cyprus would breach our international legal obligations. This is because it would fail to respect the Republic of Cyprus’ rights under the 1944 Chicago Convention on International Civil Aviation, including to choose which airports to designate as customs airports. This ruling was endorsed by the Court of Appeal in 2010.

In light of the above, it would be unlawful for the Government to authorise direct flights to the northern part of Cyprus”/ 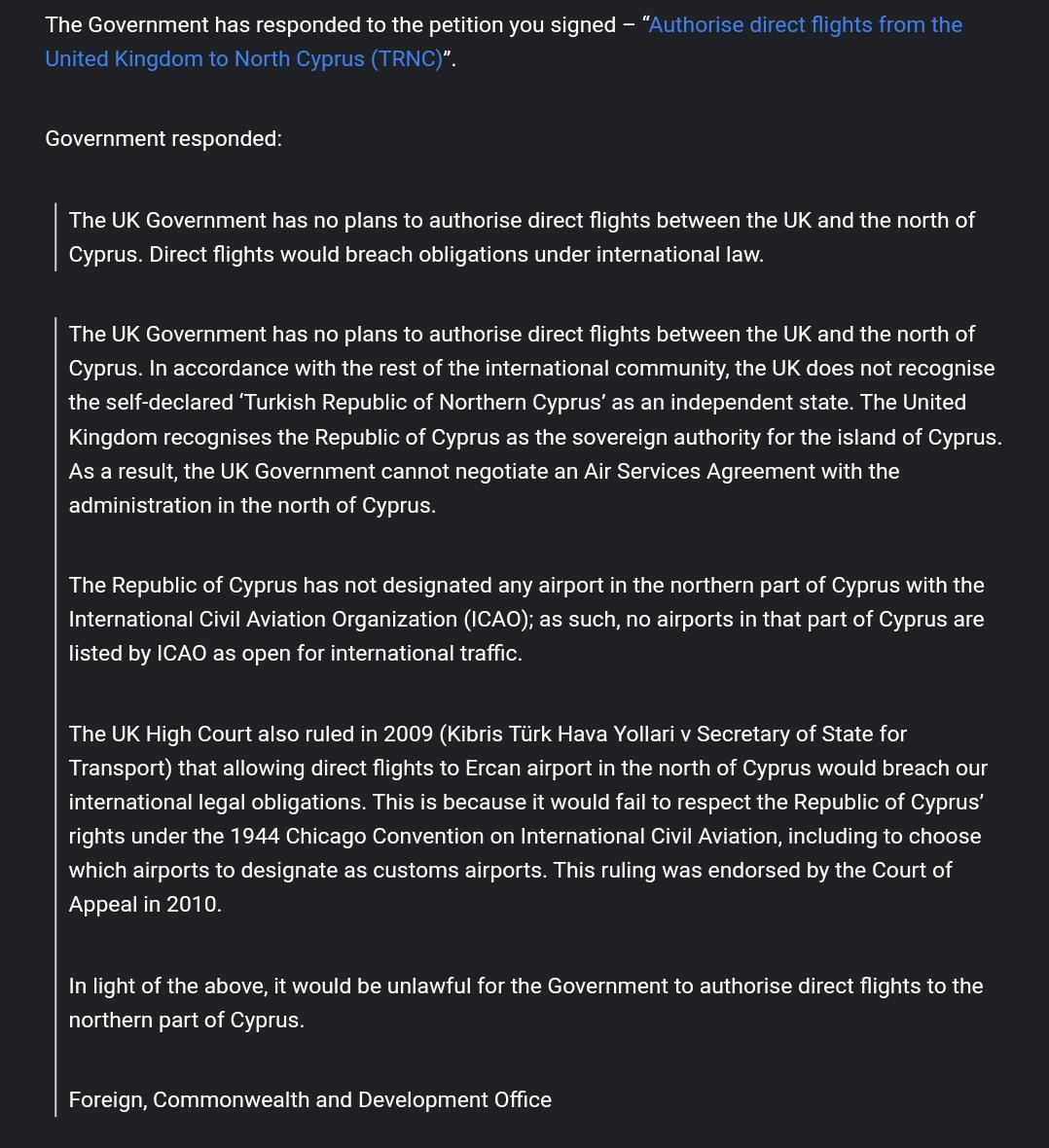 Supermarkets start to limit sales of some items