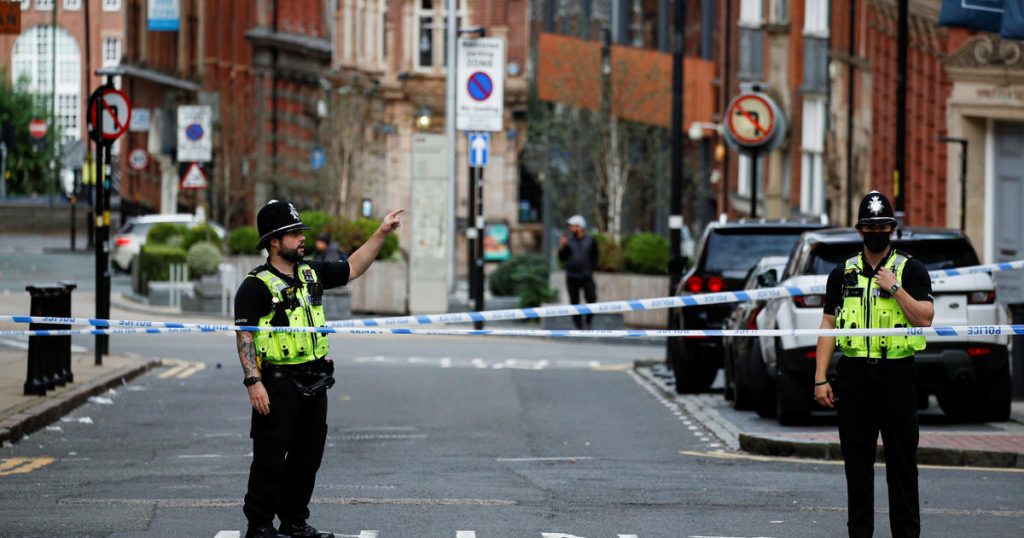 One man was killed and seven people injured in a series of “random” stabbings in Birmingham, in what West Midlands Police has declared as a major incident.

Police and paramedics were called to reports of a knife attack in the early hours of Sunday, with further stabbings being reported between 12.30am and 2.20am.

A man and a woman suffered serious injuries during the attacks, which police are treating as linked. Five people suffered non-life threatening injuries.

Chief Superintendent Steve Graham said police are looking for one suspect, and that there was “absolutely no suggestion at all” that the attacks were released to terrorism.

Speaking at a press conference on Sunday, Mr Graham added the stabbings appeared to be a random attack and there was no evidence the incident was motivated by hate towards any particular group nor gang-related.

“Clearly those of you who know Birmingham city centre know that Hurst Street is part of the gay community’s night-time economy but there’s absolutely no suggestion at this point that this was in any way, shape or form motivated by hate,” he said.

Asked whether the incident was gang related, he said: “At this stage we can’t find a particular motive but it does appear to be random in terms of the selection of the people who were attacked.”

Extra police, including armed officers, have been deployed to patrol the city centre.

Cara Curran, a club promoter working in the Arcadian Centre, had finished her shift at 12.30am and was drinking with colleagues when she heard a “loud bang and quite a lot of commotion”.

She told the BBC: “I found multiple people having fist fights… people from inside pubs and clubs came out and started to see what was going on.

“There were females, males, old people, young people, such a mix of people, it didn’t seem real at the time.