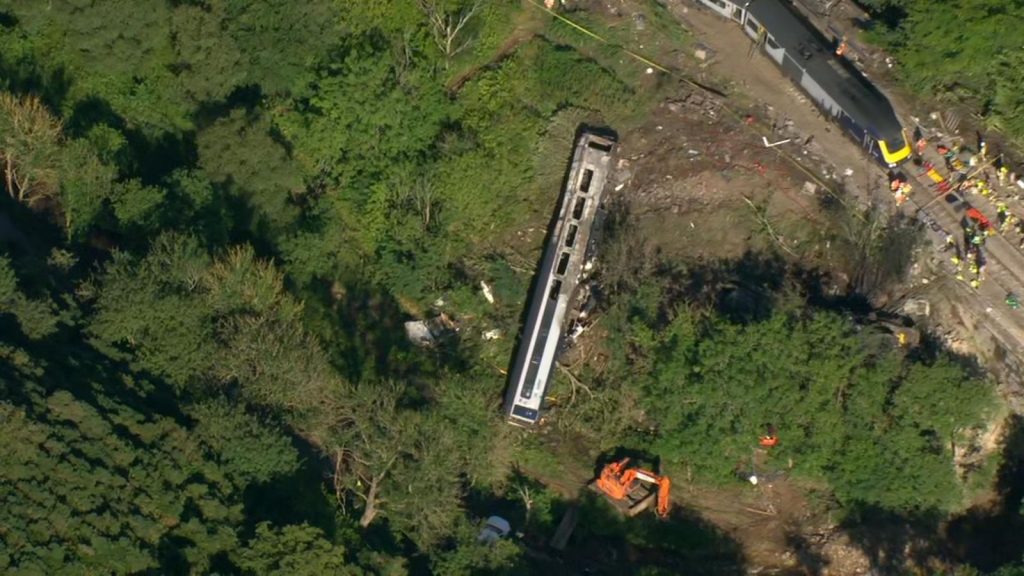 Three people have died and six others have been taken to hospital after a train derailed in Aberdeenshire.

Aerial shots appear to show one carriage completely overturned after the service from Aberdeen to Glasgow Queen Street came off the tracks earlier. 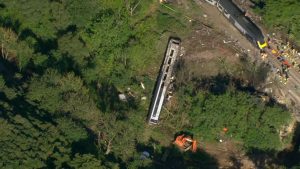 British Transport Police said formal identifications are yet to take place but the driver is believed to have been killed.

They added that his family have been informed and are being supported by specially-trained family liaison officers.

Officers are working to inform the families of the other two people who died.

Six people have been taken to hospital with injuries which are not believed to be serious.

Scotland’s First Minister Nicola Sturgeon tweeted after the deaths were confirmed: “My deepest condolences are with the loved ones of those who lost their lives in this tragic incident.

“I have just been updated by Network Rail and the emergency services on the ongoing operation. My thanks go to them, and my thoughts remain with everyone affected.” 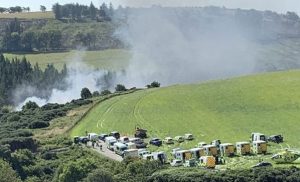 Emergency services are responding to the incident near Stonehaven after being called to the scene at around 9.40am on Wednesday.

A number of ambulances and emergency helicopters were pictured parked in a nearby field.

Police officer under investigation after kneeling on neck incident