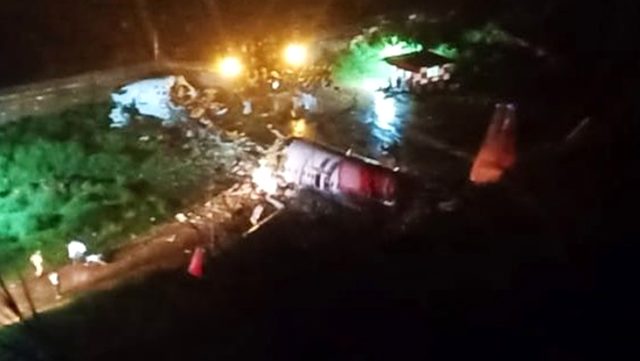 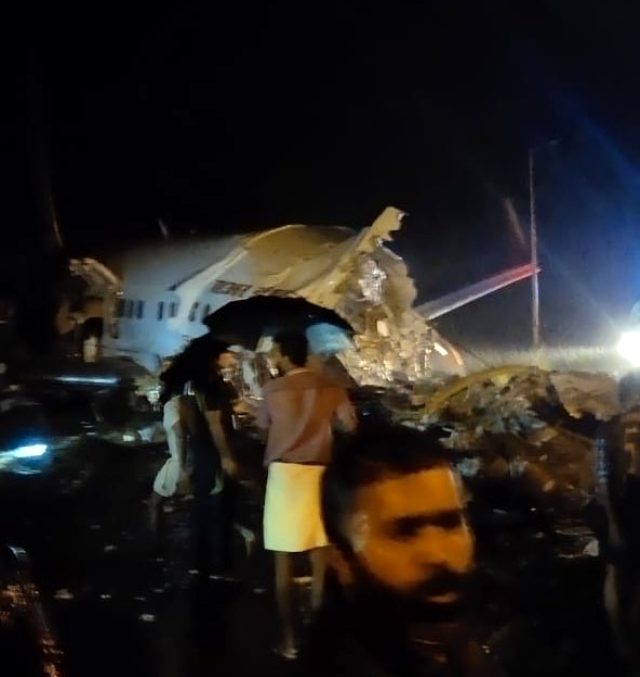 An Air India Express plane with 191 people on board has crashed at an airport in the southern state of Kerala, officials say.

The aircraft, en route from Dubai, skidded off the runway and broke in two at Calicut airport upon landing, India’s aviation authority said.

Rescue operations are under way, with emergency services at the scene.

At least two people, including the pilot, have died, the BBC has been told.

Several passengers are injured, a spokesman for the airline said.

The airline said there were 184 passengers including 10 children, and six crew members, including two pilots, on board flight IX-1344 when it crashed.

The Directorate General of Civil Aviation (DGCA) said the plane fell into a valley and broke in two after skidding off the end of the runway. Images carried by Indian media show the aircraft broken in two pieces.

The incident happened at around 19:00 local time (14:30 BST) amid heavy rainfall in the region.

There have been flooding and landslides, as India’s monsoon season reaches its peak.

In May 2010, 158 people died when an Air India Express flight overshot Mangalore airport runway and crashed.

This breaking news story is being updated and more details will be published shortly. Please refresh the page for the fullest version.