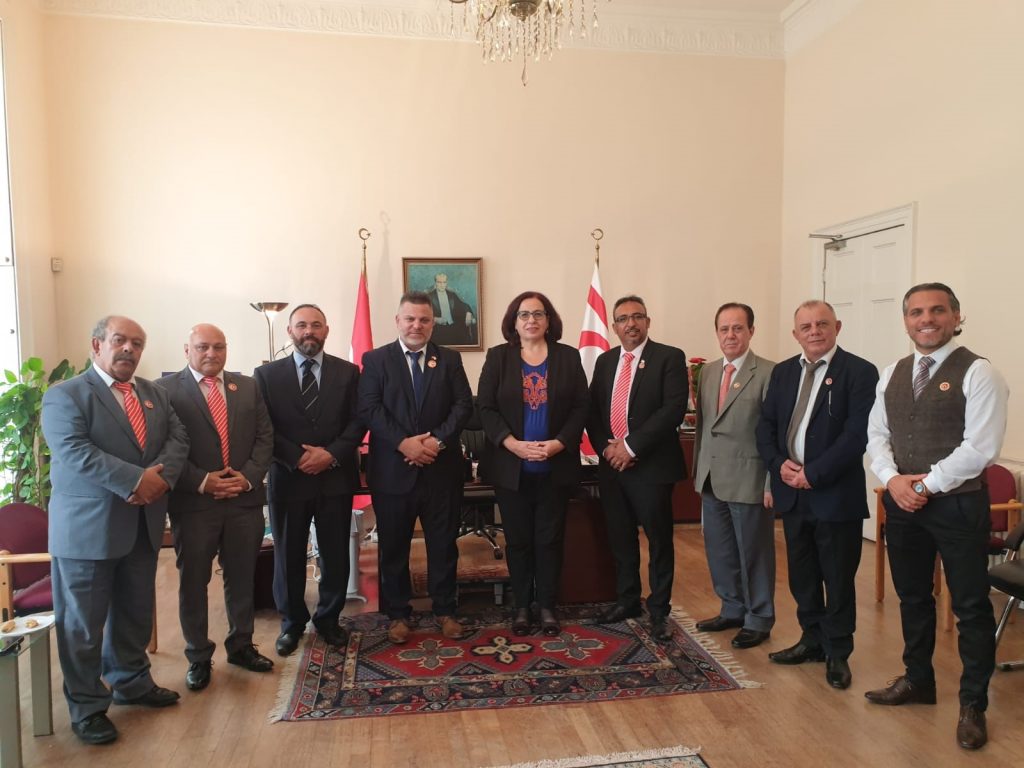 After holding its recent general meeting and appointing the new chair and committee members on 28 June, TTFF made its first visit to TRNC London Representative.

TTFF Chair Osman Ercen and committee members shared thoughts and new projects with Oya Tuncalı, the Turkish Community Football Federation stated that they would like to continue to have strong ties with the Republic of Turkey London embassy also TRNC London Representative. Ercen asserted that working in cooperation is vital for the TTFF.

TRNC London Representative Oya Tuncalı stated that Turkish Community Football Federation is a valuable organization and a senior institution, which serves football, sports and youth. Tuncalı clarified that she believed that the current members of committee are well known and experienced, hence this will be beneficial for the work of TTFF.