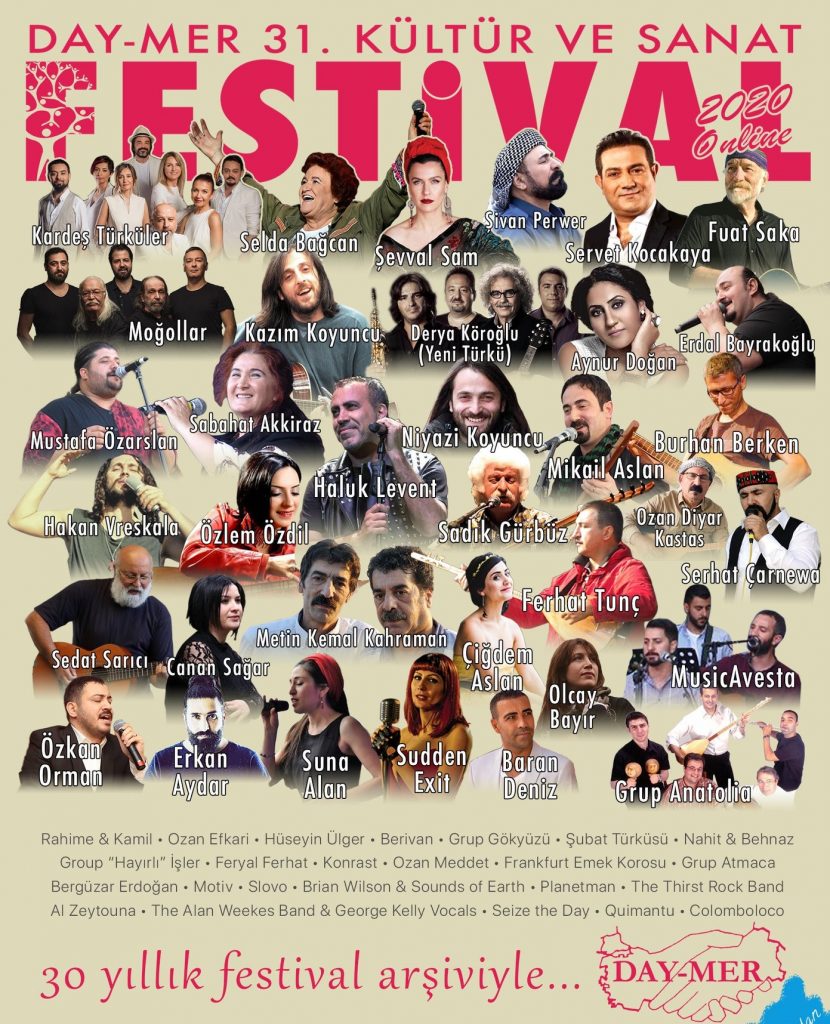 The first was organised in 1990 whereby there was an intense amount of people migrating from Turkey to the United Kingdom. Hence, the 31st Day-Mer Culture and Art festival coincided with the coronavirus epidemic this year.

Every year on the first Sunday of July, the park festival takes place at Clissold Park within Hackney borders, thus this year the festival was held online.

The live broadcast occurred on Day-Mer’s Facebook page and went on from 8 hours. The program, which was compiled with the images and videos formed from the 30 years of festival archive. Besides, video messages sent by the representatives of unions and campaigns in England were streamed.

The archive images shared on the online festival shed light on the immigration adventure of the Turkish, Kurdish, and Turkish Cypriot community over the last 30 years. Images of the work pursued on culture and art were also shared with the viewers.

Within the scope of the Day-Mer 31st Culture and Art Festival, which started with a reception on 18 June, three panels titled “Fight Against Racism”, “Pandemic and Capitalism” and “We Will Not Forget the Sivas Massacre”, photo exhibition, three separate theater screenings, Children’s Festival and Youth Festival was held.