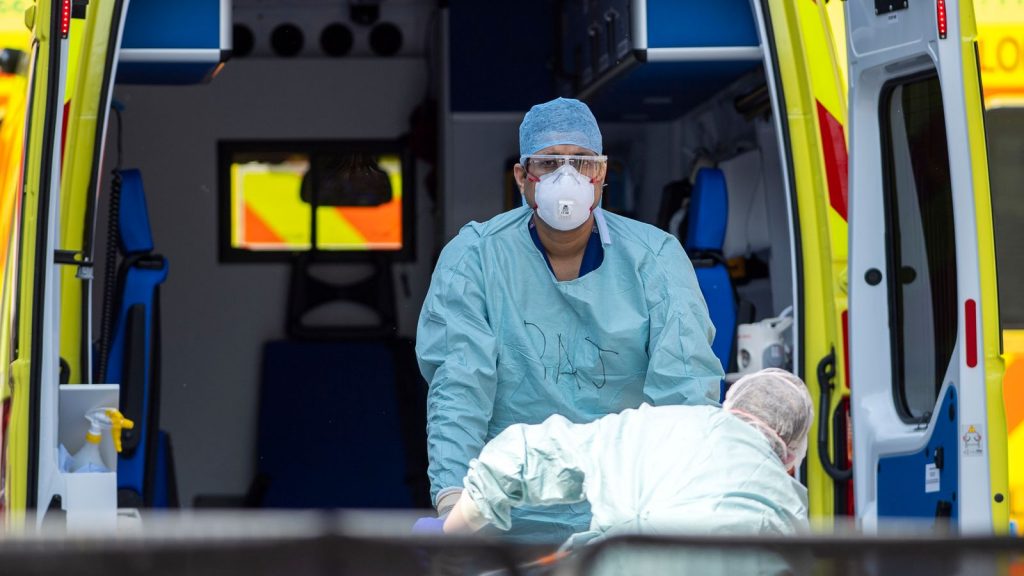 Several weeks ago, a government adviser said it would be a “good outcome” if the number of UK deaths could be held below 20,000.

Another 813 people have died in UK hospitals after testing positive for COVID-19, taking the total to 20,319, says the Department of Health.

Scotland’s daily figures showed that another 47 people have died there, taking the total to 1,231.

Wales has reported a further 23 deaths, giving a total of 774, and Northern Ireland’s hospital deaths have increased by 16 to 294.

On 28 March, NHS England’s medical director Professor Stephen Powis urged people to respect the lockdown rules, with the aim of keeping the number of deaths below 20,000.

“If it is less than 20,000… that would be a good result, though every death is a tragedy, but we should not be complacent about that,” he said.

Sir Patrick Vallance, the government’s chief scientific adviser, also said less than six weeks ago that it would be a “good outcome” if COVID-19 fatalities in the UK could be held below 20,000.

However, as the reported deaths only relate to those in hospitals, it is likely the country would have passed that mark days ago.

The figures published by NHS England show 8 April continues to have the highest number for the most hospital deaths on a single day – 855.

Speaking during Saturday’s government news conference, Prof Powis said: “It’s a very sad say for the nation. 20,000 deaths is clearly 20,000 deaths too many.

“When Sir Patrick Vallance and I made that comment a number of weeks ago, what we were emphasising was that this is a new virus, a global pandemic, a once-in-a-century global health crisis, and this was going to be a huge challenge, not just for the UK but for every country.”

He added: “Even in countries that got on top of this early on, we are unfortunately beginning to see new infections.

“The first thing to emphasise is this unfortunately is not going to be something we get over in the next few weeks. This is something that we are going to have to continue to have to work our way through over the months ahead.”

Professor Powis said “this is not a sprint, this is a marathon” and said that moving past the 20,000 deaths mark “just reminds everybody… that it is still absolutely critical that we continue to follow the social distancing guidelines”.

Dr Paul Hunter, professor of medicine at the University of East Anglia and an adviser to the World Health Organisation, said the UK could end up having one of the highest mortality rates in Europe.

He warned: “Our deaths are increasing more rapidly than any other country really apart from the US. But the US is still a long way behind us in terms of deaths per one million of the population.”

The UK is now the fifth country to have reported more than 20,000 deaths in hospitals relating to the pandemic, behind the US, Italy, Spain and France.