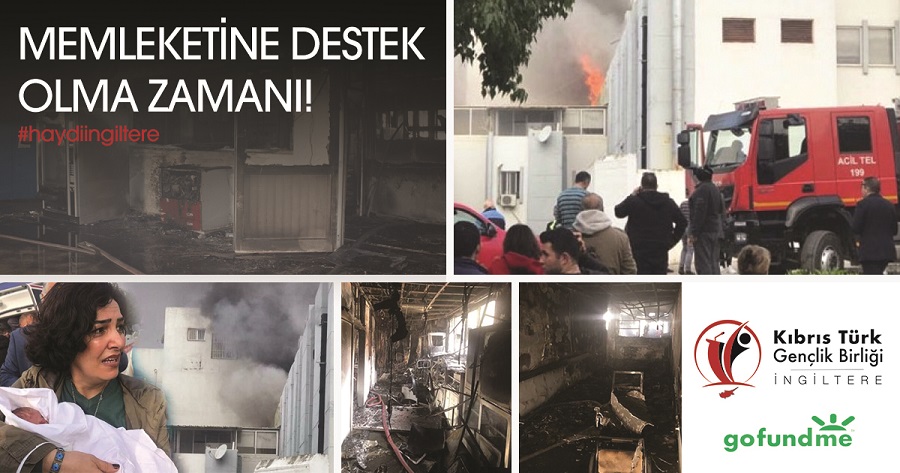 THE Turkish Cypriot Youth Union UK (KTGBI) launched a donation campaign for the repair of the Dr Burhan Nalbantoğlu State Hospital., in the capital of North Cyprus which was seriously damaged by fire.

In a statement made by KTGBİ, a campaign was launched to collect donations for the Lefkosa’s Burhan Nalbantoğlu State Hospital via the GoFundMe.

KTGBI has called for support to the campaign from the community members, associations and business people living in England. 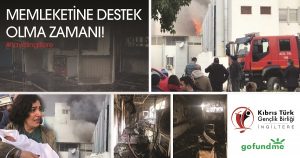 KTGBİ President Nafiya Horozoğlu stated “As the Turkish Cypriot Youth Union, we are deeply saddened by the citizens who lost their lives due to a fire at the Dr Burhan Nalbantoğlu State Hospital in Northern Cyprus on Friday, February 28. We launched a campaign on the GoFundME donation site to repair Nicosia Burhan Nalbantoğlu State Hospital, which was seriously damaged by fire.

Although we live miles away from our homeland, our heart is always beating there, we have decided to start such a campaign to contribute to our State hospital… we believe that even the smallest donation will be a great contribution. Please support our campaign in order to extinguish the fire in our hospital together, in unity, together. ”

To support the campaign you can visit https://www.gofundme.com/f/dr-burhan-nalbantoglu-devlet-hastanesine-yardm?teamInvite=ZKh3Cf3Jf2QhuidMICPgSjSIDs3KHKntfq0nq6x8lfP15celUoG9gHk5IzgUBUv2