Turkish Cypriot businessman Yasar Halim, who lost his life last week, will be laid to rest in North Cyprus after a funeral ceremony is held in London on Thursday 6th February.

Under the organisation of the UK Turkish Islamic Trust, Halim will be taken from Shacklewell Lane Mosque to his namesake supermarket Yasar Halim at 495 Green Lanes N4 1AL, where from 12.45 pm until 1.30 pm his coffin will be held for family, friends, workers and the community to stay their final goodbyes.

He will be buried in the Lefkoşa North Cyprus where he will be laid to rest which is expected to take place on Sunday. 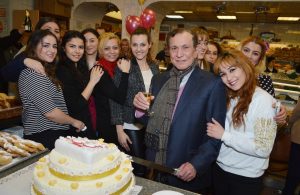