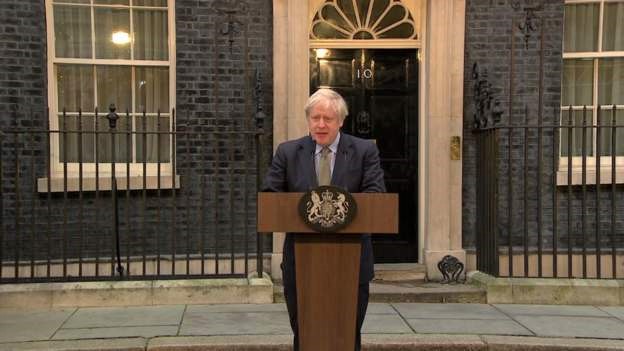 Speaking outside Downing Street after securing the Tories’ biggest election victory since Margaret Thatcher, Mr Johnson urges everyone “to find closure and let the healing begin”.

The prime minister this morning visited the Queen to form a government having secured what he described as a “powerful new mandate to get Brexit done”.

He said he would seek to repay the trust placed in him by Labour supporters who had voted Conservative for the first time. Saying h would not ignore those who opposed Brexit as he builds with Europe a partnership “of sovereign equals”.

The Tories have won a Commons majority of 80, the party’s largest since 1987.

Mr Johnson says “this country deserves a break from wrangling… and a permanent break from talking about Brexit”. Adding he wants people to go about their Christmas preparations knowing that the government is planning to make 2020 a prosperous year.

He ends his speech by thanking voters and wishing them a happy Christmas. 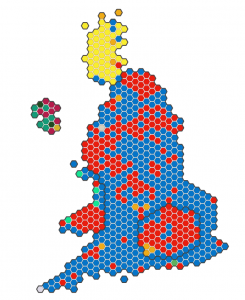 Labour was swept aside by the Conservatives in its traditional heartlands in the Midlands and north-eastern England, and lost six seats in Wales.

Sinn Fein has seven MPs, Plaid Cymru four and the SDLP has two. The Green Party and Alliance Party have one each.

The Brexit Party – which triumphed in the summer’s European Parliament elections – failed to win any Westminster seats.