Millions head to the polling stations

Millions of voters are casting their ballots today in the UK’s third general election in less than five years. 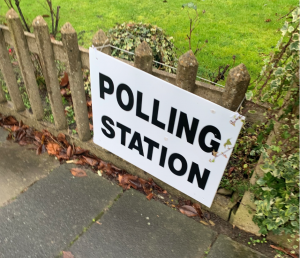 Party leaders from across the political spectrum have been out to vote, including Jeremy Corbyn, Boris Johnson and Jo Swinson among others.

Polling stations across the country opened at 7am and will close at 10pm in what is the first December election since 1923.

Voter turnout may be affected by cold, wet and windy conditions across the country, with the Met Office warning wind gusts, could reach 30mph.

But it’s been reported that this morning some of the biggest queues have been seen at polling stations for the first time years today as millions took part in Britain’s most important election for a generation because it is expected make-or-break Brexit.

Thousands were left queuing around the block outside schools, village halls, churches, pubs and other community buildings in the wet and cold to exercise their democratic right at the UK’s 50,000 polling stations.

The largest queues were seen in London’s marginal seats where many were late for work and described the busiest election day they had seen for decades in a vote being treated by many as a second Brexit referendum. 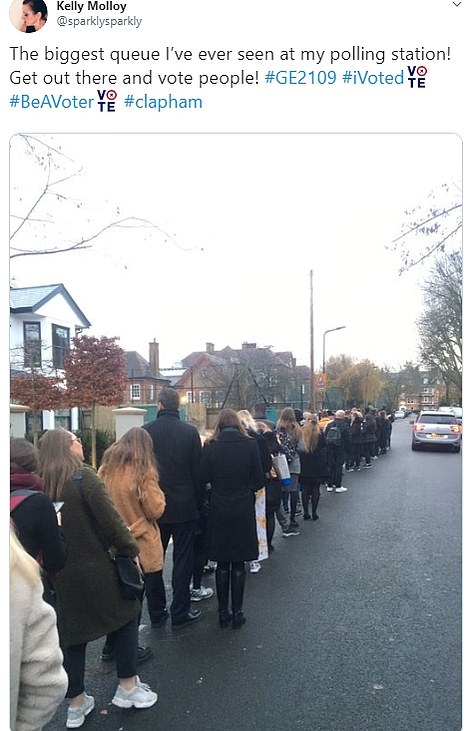 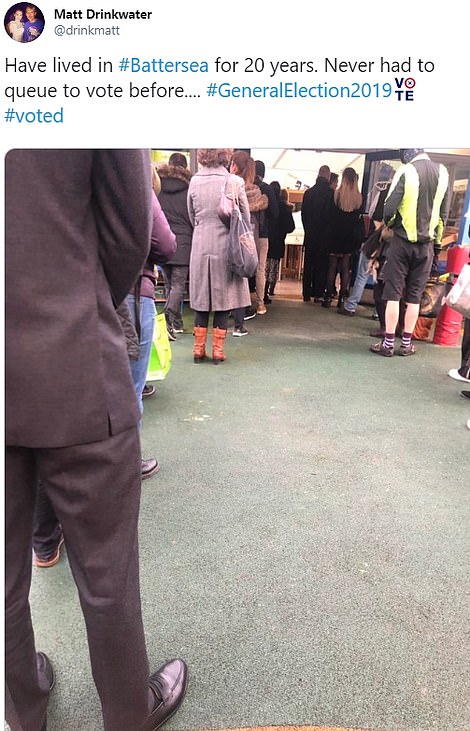 A total of 650 MPs will be chosen under the first-past-the-post system used for general elections, in which the candidate who secures the most votes in each individual constituency is elected.