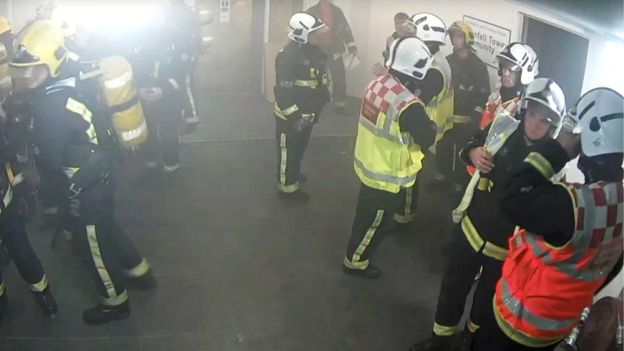 London Fire Brigade’s commissioner is to step down four months early in the wake of criticism over the service’s response to the Grenfell fire.

Dany Cotton, 50, previously announced she was standing down from the London Fire Brigade (LFB) in April 2020.

She was facing calls to resign after a critical public inquiry report into the Grenfell Tower fire which killed 72 people in June 2017.

The statement on behalf of survivors and bereaved families of the fire, added: “Sir Martin Moore-Bick raised serious concerns that the London Fire Brigade was an institution at risk of not learning the lessons of Grenfell.

“The LFB leadership must be determined in their efforts to ensure the lessons of Grenfell are learnt.”

Ms Cotton, who will leave her role at the end of December, said Grenfell Tower was “without doubt the worst fire” that LFB had ever faced.

An inquiry into the Grenfell fire, which examined what happened on the night of 14 June 2017, concluded that “many more lives” could have been saved if the advice to residents to “stay put” had been abandoned earlier than 02:35 BST.

It said LFB’s preparations for such a fire were “gravely inadequate”.

Survivors called for senior fire brigade staff to be sacked and prosecuted, saying that the brigade is “in the hands of people that are incapable of their jobs”.

Nabil Choucair, who lost six family members in the Grenfell Tower fire, said it was a “disgrace” it had taken this long for Ms Cotton to step down.

“It’s a shame that it’s taken pressure from the families,” he added.

“If she cared and understood, she would have done it a long time ago. It should not have taken this long, it’s a disgrace.”

The Mayor of London Sadiq Khan praised Ms Cotton for more than three decades with the fire brigade but added that her decision to go was “the right one”.

He said he would be appointing a new fire commissioner shortly and added that they will “quickly take on the responsibility” of delivering the Grenfell Tower Inquiry report recommendations.