The boy “deliberately” hit by a car and killed outside his school in Essex has been named as Harley Watson.

A 51-year-old man has been arrested on suspicion of murder after the 12-year-old was killed in what police are calling a “deliberate” hit-and-run crash into a group of pupils outside Debden Park High School on Monday afternoon.

Essex Police said the man, from Loughton, has also been arrested on six counts of attempted murder and one of causing death by dangerous driving.

He also faces charges including causing serious injury by driving, failing to stop at the scene of a collision and driving without insurance.

The arrest came after police earlier said they were searching for Terry Glover, from Loughton, over the incident that happened shortly after the end of the school day, at around 3.20pm.

Essex Police said they were treated at the scene or in hospital, and their injuries were not believed to be life-threatening or life-changing. 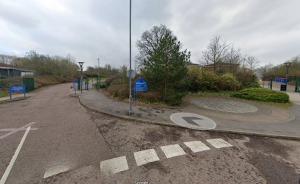 Chief Superintendent Tracey Harman said: “We believe that the collision was deliberate and as such we have launched a murder investigation.

“We are investigating whether or not this incident may have been connected with another incident nearby.”

Anyone with any information should call 101 and quote incident number 726 of 2 December or call Crimestoppers anonymously on 0800 555 111.